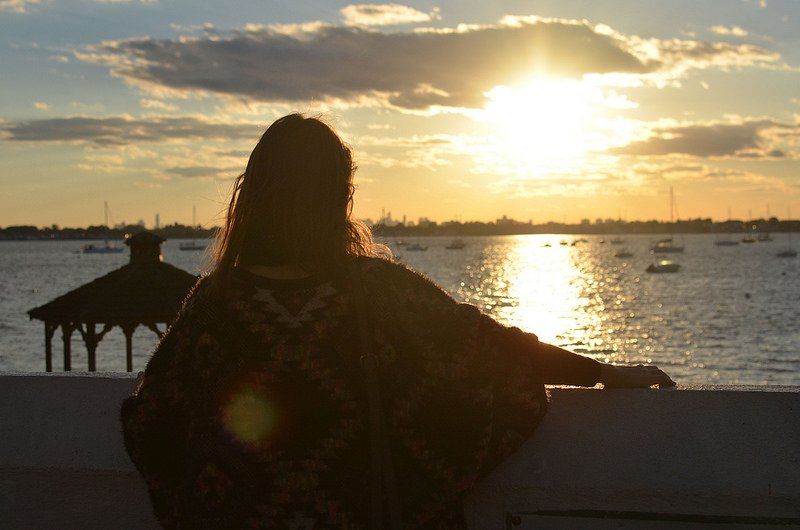 I’m a very sensitive person. Very sensitive, indeed. I believe a lot in energy, you know? I am affected directly by people with bad energy, people who are “heavy”, who are not in a nice vibe. Often, you know who caused this – but at other times, it is difficult to figure out who is the toxic person. And the reactions may be different. You feel bad, stay down, sad and discouraged, or very angry. And there are also those people who decide they are going to be rude to you. Out of nowhere, for no reason. I’m talking about real rudeness. There have been countless episodes of which I was the victim of gratuitous rudeness. But I remembered a specific episode that made me very upset.

It was a summer Sunday. Among so many things we have done in this city, there are times when we decided to repeat some of them to make a video for my Youtube channel. It was so with City Island. It is a small and charming island that belongs to The Bronx and has cute houses, beautiful views, quiet streets that transport us to a small town and countless seafood restaurants. City Island, which has a population of just over four thousand people, has more restaurants than my hometown. After we hesitated a bit, we ended up deciding to have lunch at the same restaurant we had been to on our first time on the island. Our experience had been so nice – and the food was so good – that repeating would not do any harm.

We ordered crab legs, shrimp, fries and other things (did I say that it was a lot of food?). I had never eaten crab legs until the day I went to City Island. I even prefer crab to lobster. But, that’s a matter of taste. To eat one as another, you lose the dignity. I say this because, first, the restaurant already offers a bib. Yes, you did not read wrong, a bib. It’s because the mess can be huge. Then, with a kind of pliers, you break the crab and eat the meat that comes out. And you have to literally use your hands. Such an experience. You do not have to think too hard to conclude that your hands, at the end of this gastronomic marathon, will be very dirty, right? After I finished eating, I was crazy to wash my hands and so I went to the bathroom. There were two bathrooms and a row, where a lady was already waiting for her turn. When one of the bathrooms was vacant, I  became the next in line. Meanwhile, a few more people arrive to use the bathroom – a woman who looked about 50 years old, a waitress, and another woman with a baby. When the bathroom was vacant again – and it would be my turn – the 50-year-old simply stepped forward. Stunned – I can’t believe the human being sometimes – I was able to muster the courage to intervene. You know, when you get nervous, sometimes it’s hard to speak English. How many discussions have I already thought: if it were in Portuguese, I would be nailing it. Yeah. All that came to mind at the time was to drop one: “Excuse me?”. Very angry, the woman looks at me, raises her hand at a mention of “stay where you are” and says: NO! I looked at the girl next to me, the waitress, and said: it was my turn. The waitress, looking dismayed, also not believing what had happened, agreed. I was so angry. When the woman left the bathroom, she did not look at my face. He did not apologize – and she still came out with an arrogant attitude. It was not any kind of physiological emergency – and even if it was, she could ask, right? By the time she took inside the bathroom, I was able to conclude that it was sheer lack of education. I like to share this kind of thing so everyone knows that bad people exist in all parts of the world – including New York.

I wanted to run away from there. Really, I was so, so so mad. I wanted to go after that woman and say some truths. At the same time, I felt powerless. It was unfair and impolite. Yes, you may even be thinking it was just a bathroom row, but it was unfair. No matter the degree, taking advantage of a situation will never be beautiful. I went back to the table – after, of course, finally getting my hands washed – and I reported what had happened to my husband. I asked him to leave as soon as possible. I was shaking. I was feeling really bad. I wanted to cry in anger. We asked for the check, we paid and left the restaurant, walking down the street. Then, we passed an ice cream shop that caught our attention. City Island was really different from the first time we visited during fall last year. Now, in the summer, the island seemed to have gained more life – and more options for things to do. Even so, the place still had that inland atmosphere. We decided to eat our dessert. Attracted by the warm brownie with ice cream sign, we made our order. The ice cream shop was quite small – the tables to sit on were outside. We decided to sit down – I don’t  like the idea of walking while I’m having ice cream. I like to take it slow, slowly, enjoying the taste. The table we chose had four chairs. There were some people standing nearby who seemed not interested in sitting down. We began to eat our ice creams when my husband noticed a couple of old people behind me. He, a very good person, who always ends up thinking more about the others than about himself, was already worried that the old people were standing up. I was not worried. I was still annoyed by the bathroom episode. There were two chairs left. I told my husband: “What’s the problem with sharing the table? I’m not going to get out of here”. When I finished saying that, I realized that the couple was already close to us. The old man then asks us, “do you mind if my wife sits here?”. Of course not, we respond. They sat down and I realized that she had a crutch because she had difficulty to walk. Wearing a hat, she also had an ice-cream – and I could not help noticing that she was all smothered in ice cream. But I didn’t say anything. I was still very annoyed with the lady from the bathroom. In fact, I didn’t want to talk. I was angry with the whole world. I just wanted to have my ice cream in peace.

But they were in a good mood. The fact that we quite did not stop them from chatting. I don’t remember what the first question was, but they were so sweet that they broke the ice – and put an end to my bad mood. Soon, I learned that they were from The Bronx and they always visit City Island. They also mentioned that there are weekends when access to the island gets super crowded – and I was happy to be so curious and discover these hidden places that nobody heard about it. They also said that they were born and raised in The Bronx – true New Yorkers. Their daughters lived nearby in New Jersey. As we talked, the chat was getting really nice. We also talked on the prejudice surrounding The Bronx. The old lady asked where we were from – and her husband praised my English. A satisfaction has consumed me – I never think my English is good enough and hearing this from a native always makes me happy. They also talked about lots of cool places to check out in The Bronx and I was getting complacent as they quoted the places and I said I already knew. I told them that I loved exploring nothing obvious in the city – because, after all, the classic itineray is already well known. My ice cream ended up being set aside. In fact, I left about half the brownie. I could have spent hours talking to them. I was charmed by their independence, how they emanated good humor, how they showed concern for each other and how they played with each other. All that bad feeling I was feeling about that stupid person was gone. For a moment, it did not look like we were in New York – that quiet, Sunday afternoon scene with people drinking ice cream, quiet streets, and late-afternoon sounds reminded me of my hometown.

I’m glad we decided to have our ice cream at that time – and not later. I’m glad they decided to sit there and did not even realize I was mad – or they were not intimidated by it. In a city where everyone is always running to and fro – and sometimes, without even knowing for sure we are in a hurry – finding people like that brings some relief. I am used to that New York of individualism, where subway cars are taken by people who are too concentrated on their cell phone, newspaper, book, or nap, and the words we speak of are summarized as “excuse me” and “sorry” or a question related to the direction of the train. A city where we ask and respond to “how are you?” without really caring about the answer. For many times, there is even some fear of interaction with the other, you know? After all, you never know when you’ll find a woman like that from the bathroom in City Island. It seems that, between risking a bad answer and staying silent, most prefer the second option. However, taking the risk can be a good thing. In these fates of destiny, which happens by deviations of paths or changes of idea, we end up crossing people who fill us with good vibrations, either by their stories, by their smiles or by their kindnesses. 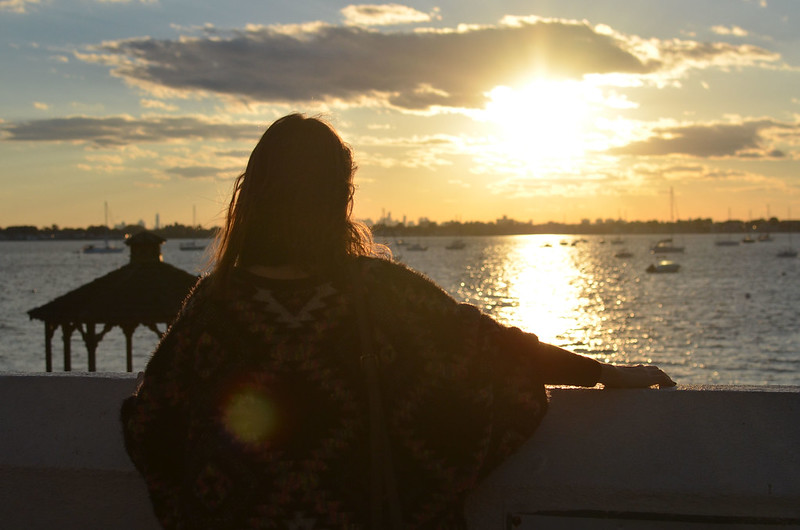 As for that lady, well, I know that life is in charge and will show her that the universe returns everything we do: whether it’s good or bad.