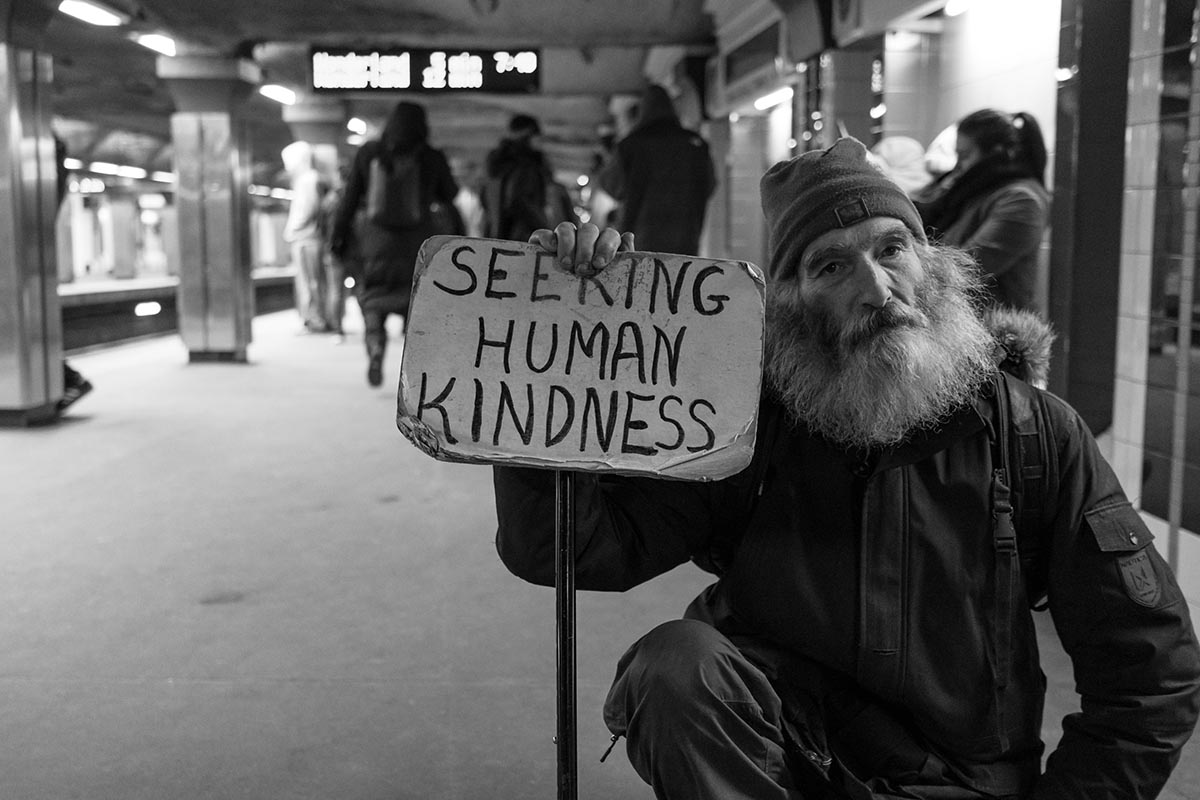 I have lived in the United States for over 6 years. I always lived in New York and I never hid how grateful I am to have this opportunity. Here in New York, I reinvented myself, I had opportunities that I probably would never have in Brazil. There are things that are better and things that are worse  living here, but this is part of our existence: there is no perfect place in the world, especially for an immigrant.

Throughout this time, I was part of the dream of many people who have visited New York, who have used my tips and advice to plan a trip. I never hid my feelings for the city. But, we know that fairy tales are only reality in Disney’s outdated stories. For a long time, I had a very romantic view of the city, I confess, but, especially during the quarantine, I have become more aware of my role as a resident here. And I think this is essential when we live in a place: we have to try to get to know that place in-depth – and that includes the not so great things as well. We can’t live in a bubble – and I believe that the more knowledge we have, the more critical sense we develop.

Over the past year or so, I have watched many documentaries that have brought a new vision about not only the United States but also about New York City. And, as those who follow me know that I love to de-romanticize living abroad, here is my list of suggestions for documentaries and series for you to know other facets of the United States:

1. Living Undocumented | Netflix – is a documentary series with six episodes featuring Selena Gomez as executive producer. Throughout these six episodes, we get to know the story of eight undocumented immigrant families in different parts of the country, while facing a potential deportation process. They are people from different parts of the world, with different backgrounds, different motivations, who saw the USA as an opportunity for a new life. The stories are distressing, painful, some hopeful, and expose the outdated American immigration system. For me, it was a like being slapped in the face. I have always had mixed feelings about illegal immigration. This documentary series showed me that we can’t put everyone in the same basket. Other than that, not everyone has the same chances or the same opportunities. Not everyone does things to cheat the system. And that the American immigration system needs a reform right now. In fact, I learned a lot about it. I always thought deportation was instantaneous and the series shows that it is not so. It brings a lot of  specialists in immigration as well.

2. Crime + Punishment | Hulu – Hulu original.  It shows a true that I never imagined existed about the NYPD – New York Police Department. In 2010, New York City banned quotas on arrests and summonses. Yes: police officers had quotas  – can you explain WHY? But in 2015, a group of 12 NYPD officers filed a class-action lawsuit against the NYPD, claiming that the practice continued. The documentary also chronicles the lives of these policemen and exposes how much young minorities – blacks and Latinos – end up being the biggest victims of this unacceptable scheme. It is harmful policing that opens up how much racism and prejudice are structural problems in American society.

3. Class Divide | HBO – (also available to rent on Youtube, Amazon Video, Google Play and iTunes) – this documentary is amazing and helps to deconstruct a little bit of the romantic view of New York. Through a central example, it shows the sad side of the phenomenon of gentrification.  In the central example of the documentary, we have Avenue, a private upper-middle-class school, whose annual cost is $ 45,000 per student. Located in Chelsea, this school is close to housing projects for low-income residents. In this project, there are thousands of residents, many of them living below the poverty line. The school is just one example of how Chelsea was transformed. The High Line Park, loved by tourists, is another example. What was once an abandoned train line has become a very popular public park, which had transformed the area in one of the most valued in the city. In this wave, almost 40% of homes were sold to foreign or anonymous customers, and the average rent for Chelsea apartments increased almost ten times faster than Manhattan as a whole, expelling many who cannot afford to keep up. Such progress that brings new parks, for example, also sends many people away who are unable to pay the price of that same progress. The documentary explores this a lot! It is very interesting for us to realize that social inequality also exists here and is cruel.

4.  Sicko & Escape Fire (also available to rent on Youtube, Amazon Video, Google Play and iTunes) – during the last days, I did extensive research on the American healthcare system. After just over 6 years of living here, without understanding how health insurance worked and frustrated with confusing payments, I felt encouraged to research it after the number of questions I received about the pandemic. And these two documentaries are excellent for those who want to understand more. Sicko, from the beloved and hated Michael Moore, is older, from the pre-Obamacare era, and shows how the system managed to be worse than it is today, denying coverage to people with pre-existing conditions. Other than that, the rest of the material is quite accurate and enlightening. Michael travels to Canada, France, and the UK and also shows how a free, universal health care system works in other “first world countries”. Escape Fire is more current and, in the same way, exposes the problems of the American health system. The two documentaries have different rhythms, but they complement each other and are essential for anyone who wants to understand more about the theme.

5. Super Size Me 2: Holy Chicken (also available to rent on Youtube, Amazon Video and Google Play) – who does not remember Morgan Spurlock in 2004 spending a month eating only fast food? The result of the experiment is the award-winning documentary Super Size Me. In this new documentary, Spurlock criticizes the fast food market again: he travels around the country to do market research, investigating the industry and bringing comical (if not tragic) information about the seductive advertising used by fast food giants. Spurlock decides to open his own restaurant and, when building his business from buying his chicken farm to his advertising strategy, he also exposes the failures and problems of this industry. The highlights are the cruel monopolies that control US chicken farmers, where small farmers are almost as much victims as the consumer who is seduced by outlets, speeches and even food manipulation to lead to the belief that he is eating something healthy . Not to mention the cruelty that involves raising chickens and terms that we buy as something good, like “cage free”, “natural” and “hormone free”.

6. The Bleeding Edge -| Netflix – ok, even though the American health care system is a failure to focus on prevention and is not inclusive – it is, in theory, technologically one of the most advanced in the world. However, medical interventions have become the third leading cause of death, and the overwhelming majority of high-risk implanted devices never require a single clinical study. This documentary exposes an industry of gadgets, devices and implants supposedly created for good, but which, due to lack of sufficient studies, research and tests, are approved, placed on the market and causing serious and compromising consequences for patients who believed in their revolutionary promises. Few people know about the medical device industry and the fact that it is even less regulated than the pharmaceutical industry. It is revolting.

When They See Us  Netflix –  this four-episode series is based on the true story of the famous Central Park Five – the case of five black teenagers from Harlem convicted of a rape they did not commit. The four-part miniseries reconstructs the trajectory of Antron McCray, Kevin Richardson, Yusef Salaam, Raymond Santana and Korey Wise, from the first interrogations in 1989 to the acquittal in 2002 and the subsequent indemnity agreement with the New York City Hall in 2014. It is worth watching also a special show with the five real characters with Oprah. This show is so strong, so intense, so sad and revolting, but at the same time so necessary! Another production that exposes how cruel society can be to you when your skin color is not white. Do you know what hurts me? It is that no money recovers the lost time of these young people and no money cures the trauma they lived.