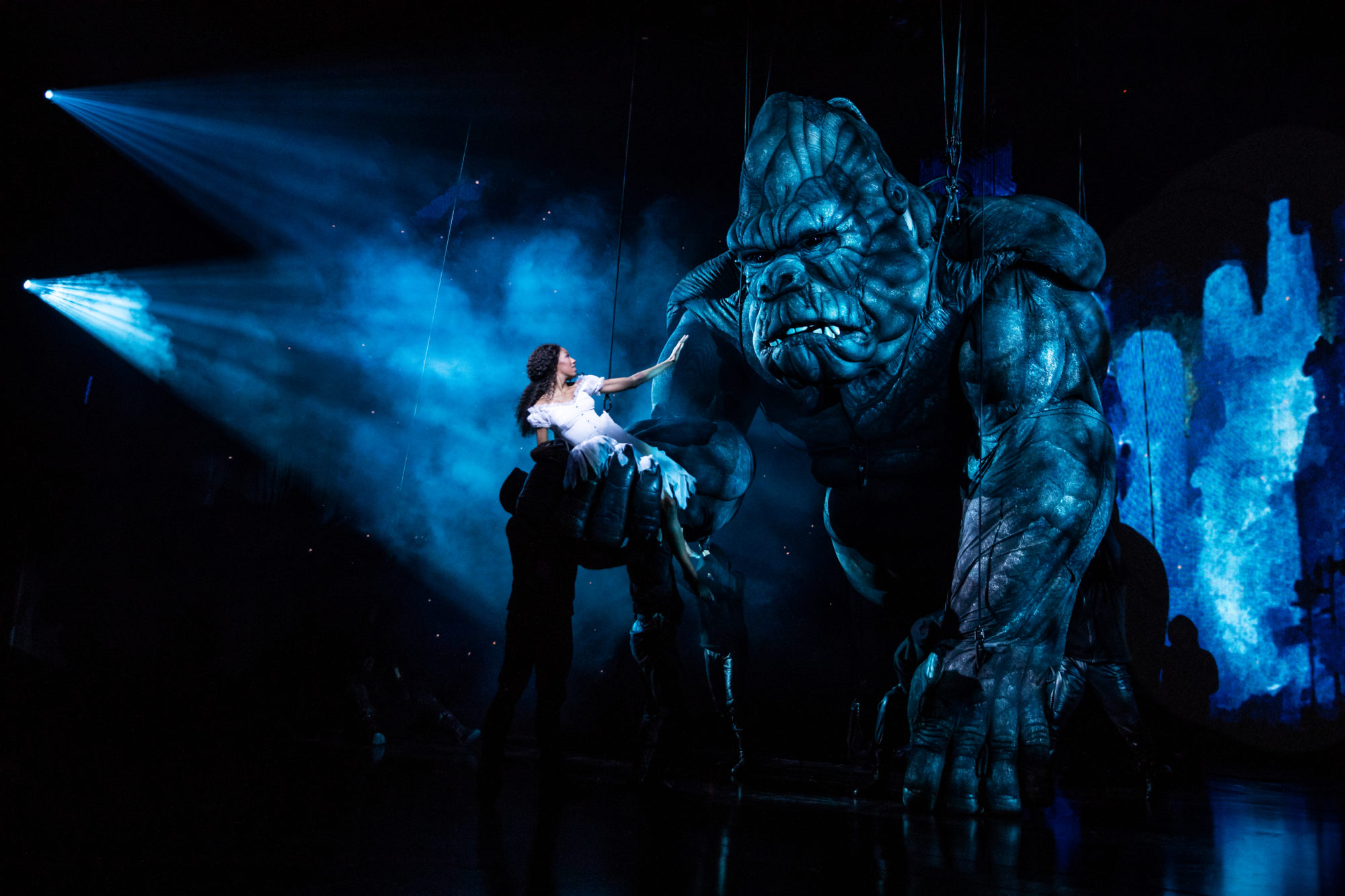 Among the musicals that recently debuted on Broadway here in New York, I was quite curious to check out King Kong. All because of the very positive comments I heard about the production. King Kong debuted on Broadway in October 2018 and a few weeks ago I was invited by the production to check out the show up close. As I know a lot of people are curious about this musical, I decided to write my review for you. 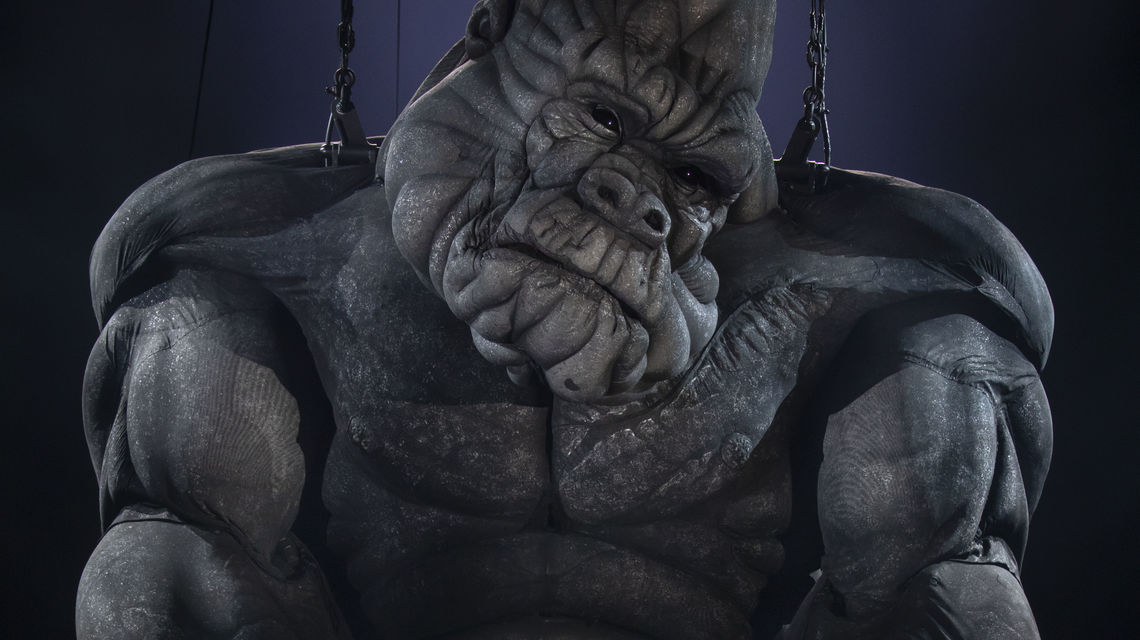 As you can imagine, the musical is inspired by the classic movie with the same name – which had three versions, one in 1933, one in 1976 and another in 2005. I confess: I do not remember if I watched the movie, but if I watched, it reminded me of little or virtually nothing of the plot. It is 1931 in New York (a plus for those in the city – I love to see stories that have the Big Apple as the background). It is the time of the Great Depression and New York is a place of pressure, of despair, but also of hope. The protagonist is Ann Darrow. Ann is an actress, super fearless, dreamy and determined. She goes through a lot of things to stay in the city looking for some work as an actress, always without success. Until she meets Carl Denham. Cark is a director with a lot of ambition and invites Ann to work on his new adventure movie – and he promises to make her a star. Without thinking much, Ann falls into Carl’s conversation and embarks on a trip to the mysterious Skull Island. There, they find a six-and-a-half-meter monkey, known as Kong. Many things are out of control – Kong catches Ann and takes her to his cave, and Ann learns that the monkey has an incredible sense of protection. But since her plans included being a star – and not being held hostage by an animal, she escapes. But by now, Carl had one more wonderful idea: take the animal to New York and show it to the public. And the rest is history.

Well, we talk about a lot of facts about King Kong – starting by the creature itself. I mean: to tell such a story in the cinema, when you have a thousand technological devices to give life to such an animal is easy. But how do you do it on stage in a theater, for live performances? Yeah. King Kong already deserves all the honorable mention just for bringing a monkey on the stage that you know that it is not real – but that makes you believe that you’re seeing something for real. The “puppet” is actually a 20-foot-tall, 2,000-pound gorilla. It contains 16 microprocessors that give life-like emotions and movements. Yes, Kong has emotions, screams, grunts, wiggle eyes, mouth … His chest and abs are made of airbag-like materials and his limbs are made of high-pressure inflatable tubes. To give life to the star of the musical, there is a team of 13 talented artists – 10 on stage and three creating the biggest moves, facial expressions, and voice of the colossal puppet from a glass booth at the back of the theater. The 10 artists on stage take synchronized turns and perfect movements to give life to Kong’s body. And even though you see them onstage, that did not take away the spell – I felt from seeing that animal come to life. If you need only one incentive to watch King Kong, this should probably be the reason. 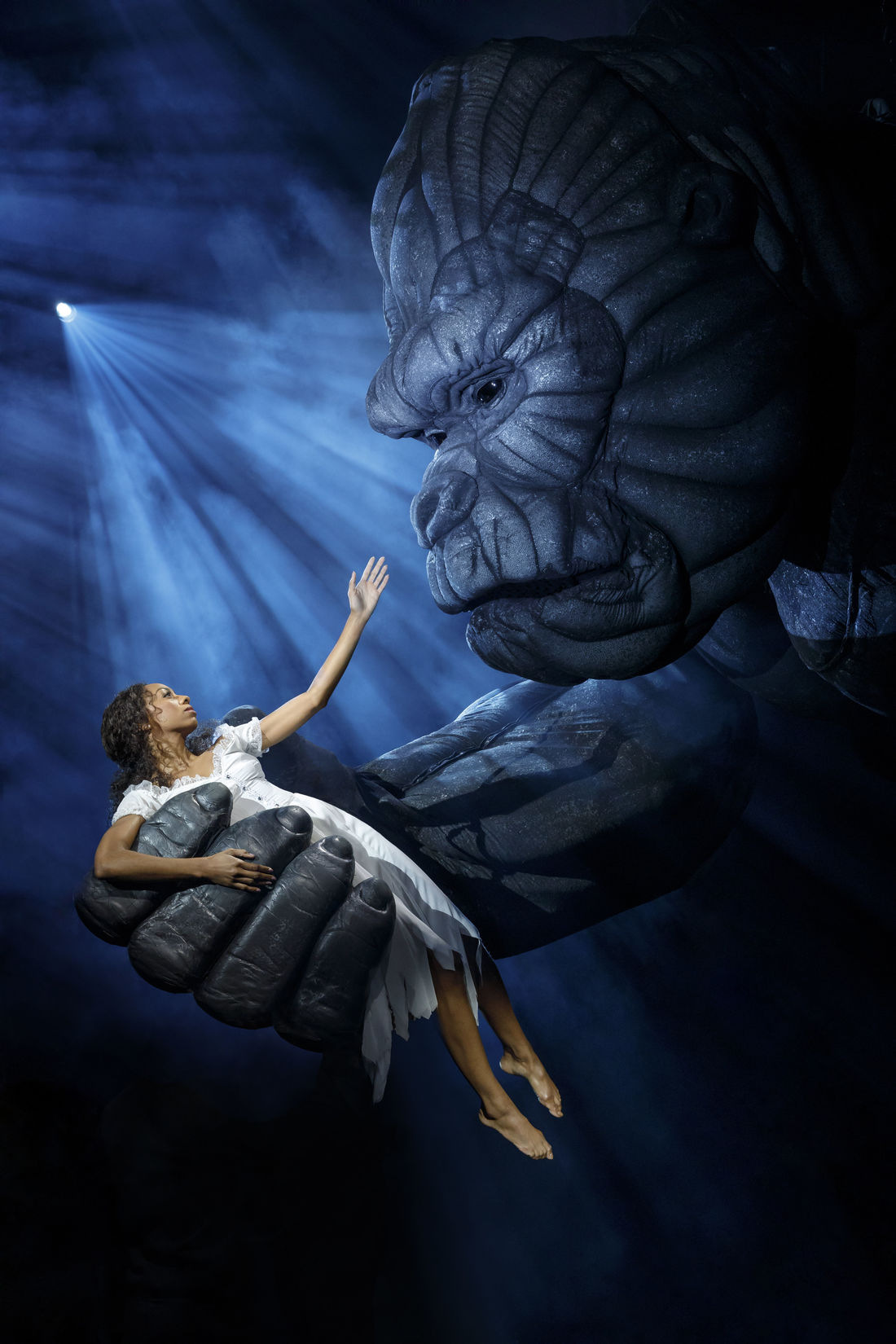 But the technology in King Kong is not restricted only to the monkey but also appears in different scenarios. The trip to Skull Island is made on a ship, and to simulate it, the stage rises to imitate the bow of a ship. It leaves from the East River and we are transported under the Manhattan Bridge and the Brooklyn Bridge, passing by the Statue of Liberty. The feeling we have is that we are actually following a boat on the high seas. Later, the public is transported to a jungle where we meet Kong. And here it is already rolling one of the coolest scenes, with him running through the forest and the technological effects giving this effect, even without the puppet leave the place. In New York, we are taken to the Big Apple of the 1930s. The iconic scene of Kong climbing the Empire State Building is also breathtaking.

Another highlight of the musical is that the actress that was chosen to play the protagonist Ann is not the obvious stereotype of the films – white and blonde. Christiani Pitts, a black actress, was cast to play the girl who is much more than a pretty face. And when I say that Ann is more than a pretty face, it’s because of the way the story takes and that it made me question a few things. Ann creates a strong connection with Kong and when she gets what she wants and the success came through the exploitation of the animal, internal conflict is created. Is the success worth it at any cost? The incredible animal combo coupled with the technological effects and talent of an incredible cast makes King Kong a great musical choice for anyone who wants to get away from other famous musical options – such as Disney titles, considered more “childish” by many people. To be honest, I do not find the story itself so interesting – it’s a matter of opinion – but the production, the songs, and the cast are excellent and impeccable. 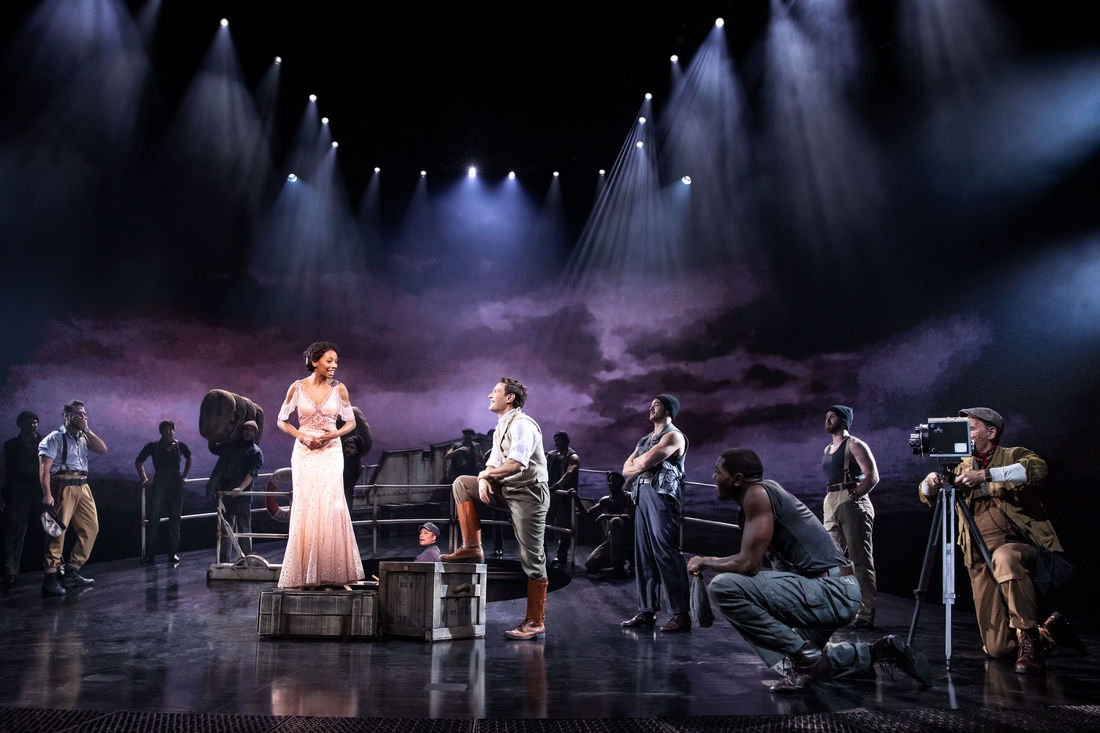 What the readers of the blog say – comments left in the photo I posted there on my Instagram about the musical:

How to buy tickets