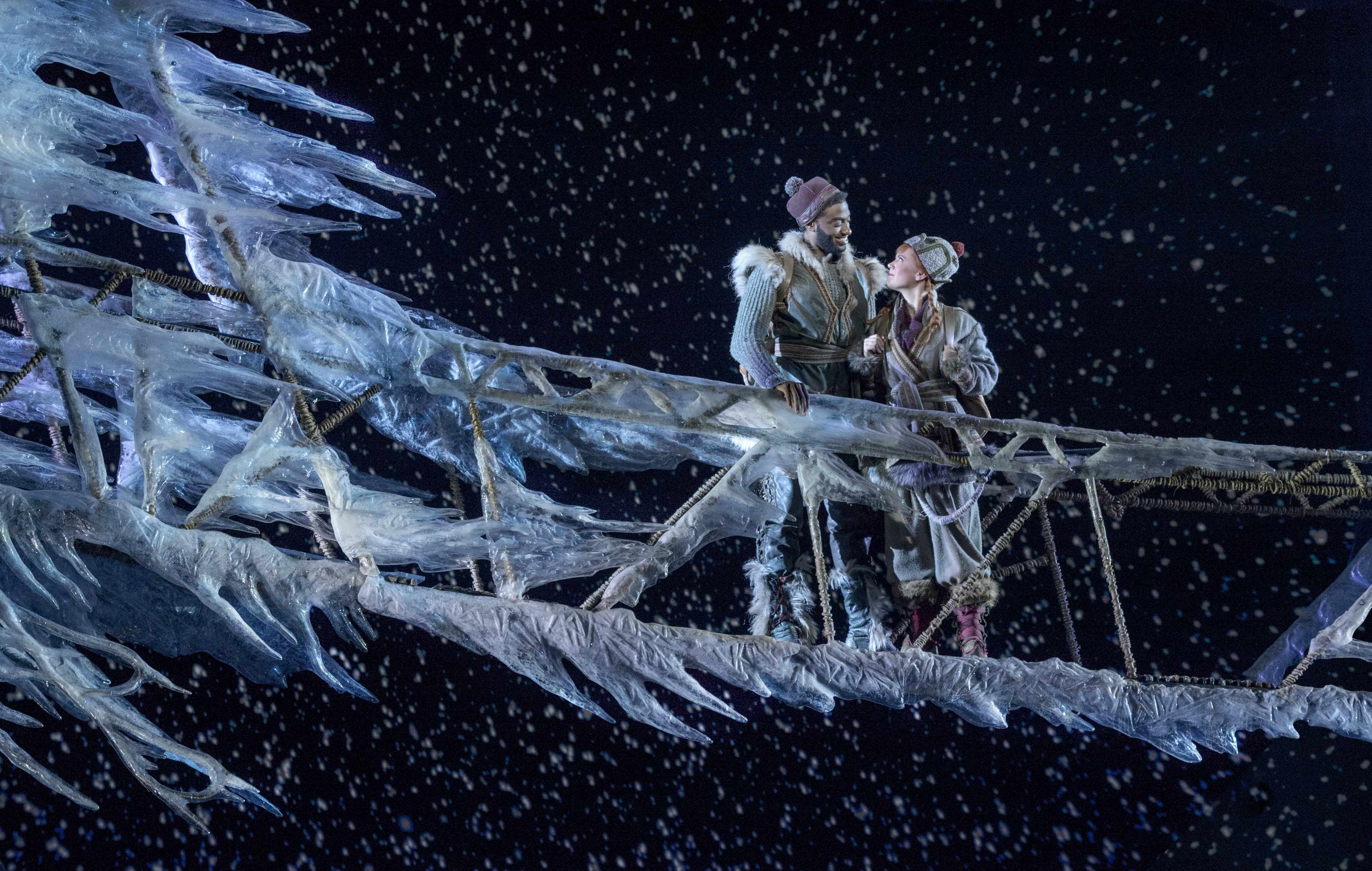 After watched Aladdin and Lion King here in New York, I thought that nothing would surprise me so much in terms of Broadway musicals. But then came Frozen and had to revise all my concepts. Running since January this year, the musical has drawn people of all ages to the St. James Theater, in crowded sections. I had the chance to check the show up a few days ago and I can say it surpassed all my expectations. And I could not fail to share this with you. 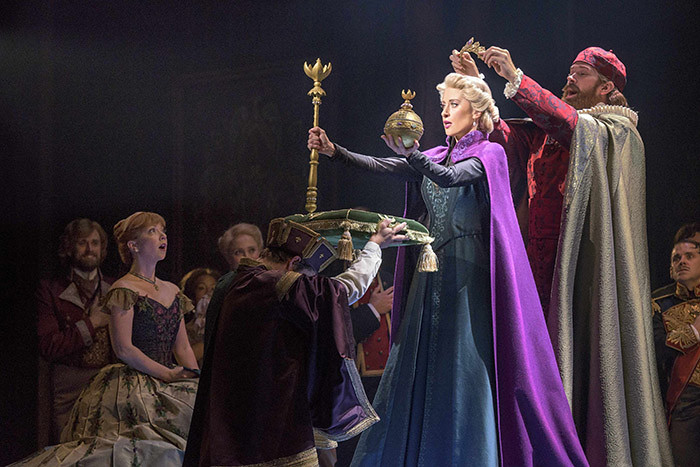 First of all, let’s make it clear that I was the kind of person who could no longer hear “Let it go”. The success of the Disney movie was so much that, it bothered me. I confess that I so tired of listening to the song – and, of course, I was never in the mood of watching the movie – and I was also overwhelmed of seeing things related to the movie out there. I knew it was not a classic Disney story – and I understood what it was about three years ago when we watched Disney on Ice. But then you wonder: why I had this curiosity about the musical on Broadway? Because after a few years, Frozen was not so trendy, I wasn’t so bothered about it and I knew that a Disney production on Broadway would not be disappointing. It would be, at least, interesting. And that’s how I decided to buy the tickets and check the show up close. I had heard wonderful comments before, but somehow I did not raise many expectations. The queue was huge, and while I waited for my friend to enter the theater, I talked to the guy who helped people in. I asked him if that crowd was repeated every day, which he confirmed. 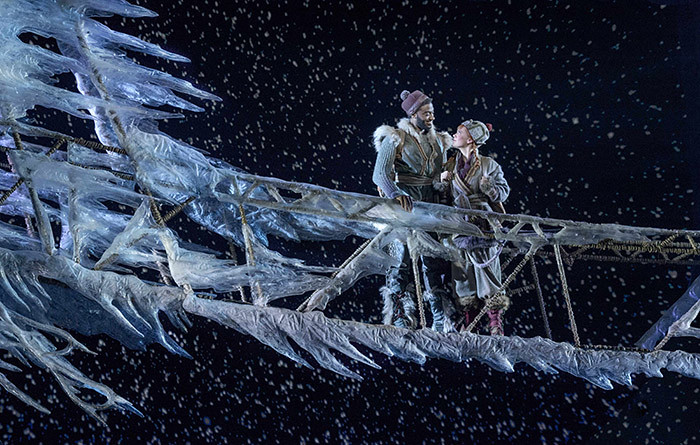 First of all, if you have no idea what the story of Frozen is all about, let’s take a brief summary, without spoilers. The plot narrates the relationship between Elsa and Anna, two sisters, who are part of the royalty and are best friends. The relationship between the two – and the family in general – is somewhat shaken by Elsa’s ice powers, a secret that becomes a bit dangerous as they grow and Elsa takes on new responsibilities. You may be wondering when the prince enters the story. That’s the difference: Frozen is no longer a fairy tale about a helpless princess who needs a man to save her. It’s about the love and friendship between two sisters. In fact, there is even a critique of this thing of marrying the princess with the first guy that appears in front of her. The story is touching and I left the theater happy to know that so many children love so much such a beautiful story. 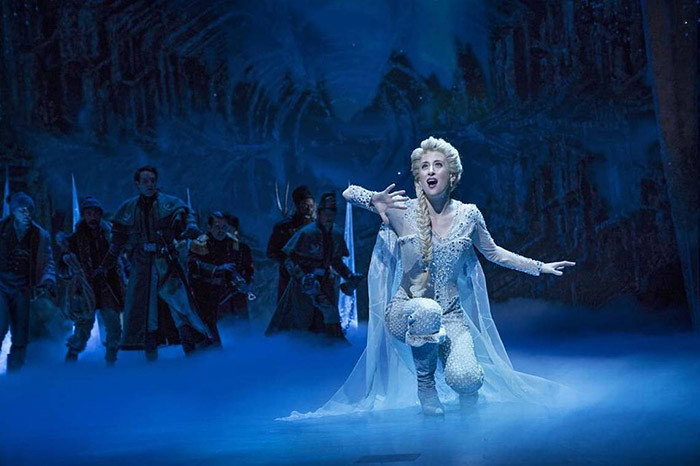 Well, now that you already have an idea of what the story is about, we can talk about production and special effects. As the name suggests – and as I mentioned earlier – a lot of ice is involved in the plot. Knowing a little of the story, I was curious to see what would be the adaptation for a musical and, more importantly: how it would be the special effects. That’s what makes musicals so magical – after all, special effects on films and animations are possible with digital help – but what happens when we talk about a stage where everything rolls live? What I like to observe in musicals is the precision of the details and the synchronicity with the effects with the cast and the story. And this all rolls with a lot of mastery on Frozen. The change of scenery, the effects of lights, sounds and noises: it’s a perfection that left me open-mouthed. I’m still trying to figure out how a full dress swap happened on stage (I’m not going to tell you which scene not to spoil the surprise) – it was really magical. In fact, I should not be the only one to think so, since nobody in the audience hid their reactions. The costume was great as well and reproduces the characters in the Disney’s movie. 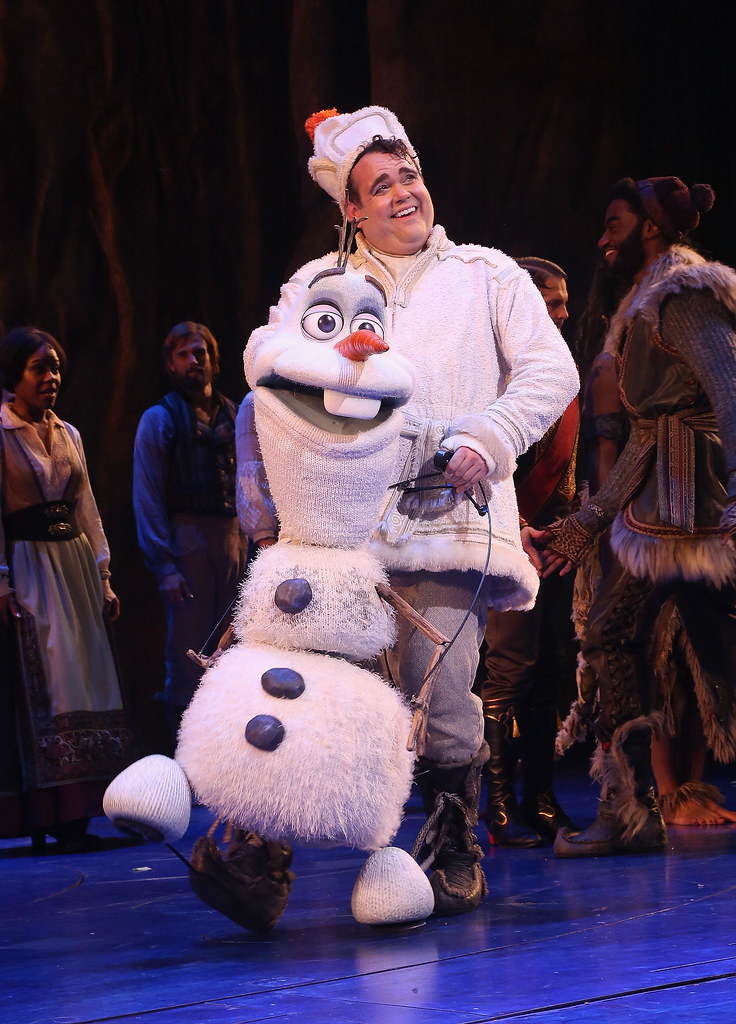 Finally, we need to talk about the cast. From the two girls who play Elsa and Ana as kids to the character with fewer lines, all the actors were wonderful in their performances. Here, I need to make two comments that I think are pertinent. One is about casting black actors – Jelani Alladin plays Kristoff and Nicholas Ward plays King Agnaar. I found this wonderful! Incidentally, the actor who plays Kristoff is one of the great highlights of the musical. In addition, the day I watched Frozen, actress Patti Murin, who plays Ana, was replaced by another actress, Aisha Jackson, also black. Jackson became the first black actress to portray Anna on Broadway. And she was flawless in her role! In a musical where there are so many children in the audience, I found this preoccupation with diversity beautiful – even though we are still far from perfection since the overwhelming majority of the cast was white. Besides, we need to talk about Olaf! The snowman that is featured in the film is also featured on the stage. Greg Hildreth, who gives voice and movement to the snowman, always had a smile on his face and it charmed everyone! 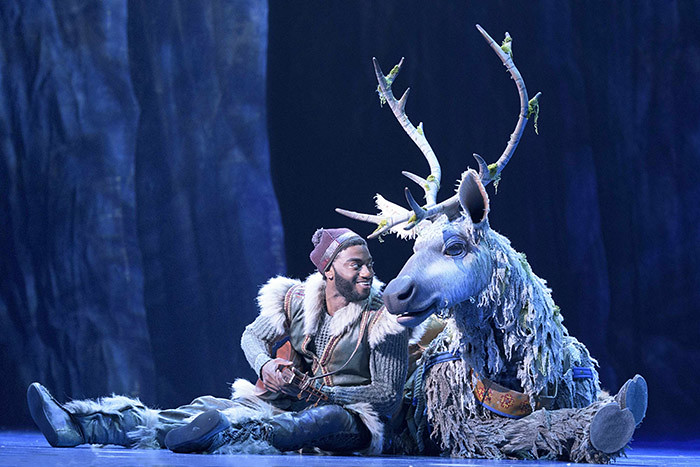 My conclusion? Frozen is unforgettable! I got emotional a lot of times during the show. Definetely a must-see! 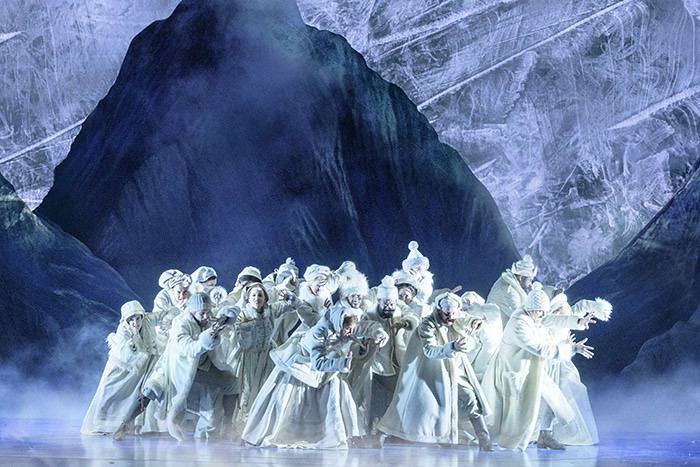