Last Sunday, one of my favorite TV shows ended: Girls. From HBO, the same channel that brings us Sex and the City some years ago, Girls premiered with an huge expectation. After all, the series would tell us the story of four girlfriends living in New York. Soon, many people have already made the comparison with Sex and the City – to reinforce, Hannah, the protagonist, is also a writer (Carrie Bradshaw feelings). When the series premiered, we quickly realized that the comparison with Sex and the City could no longer exist. Girls portrayed four girlfriends in their 20s living in the city. Hannah, Marnie, Jessa and Shoshanna do what they can to afford the rent, they don’t go to the best restaurants and parties, and their clothes pass away from the famous brands. The girls are full of defects (and who is not?) and for me, the series made even more sense after I came to live in New York, as I think the story portrays the reality of the city more. Not to mention that the plot is nothing obvious and predictable. I will miss Girls so badly… and since I already post about Mad Men locations and also Sex and the City restaurants, I thought it would be nice to write a post to show you 16 locations of the series.

Above you get a photo of each scene and below the points marked on the map with the information of the season and a short summary of the scene. Obviously, these are not the only locations for Girls in New York. On this link, you can check more than 40 locations.

Bonus: To celebrate the six seasons, HBO and Refinery 29 held a special exhibition last week. It lasted only two days and I went there to check it out. It had several objects, some costumes, scripts.. very nostalgic! There was even a reproduction of Hannah’s apartment! How not to love?

Bonus 2: The picture of the sixth season poster was made in front of River Deli, a restaurant that is in Brooklyn Heights and that is a delight – I already mentioned it in this post here! 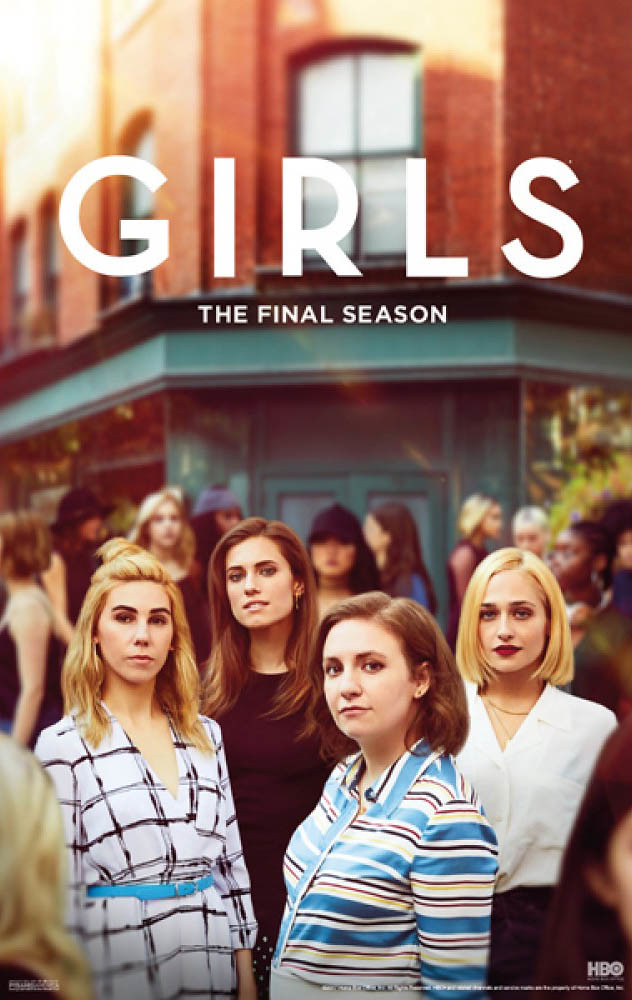 I will miss Girls, a lot! If you want a souvenir, you can stop by at HBO store and get a shirt or another object. Check out more information about the store.