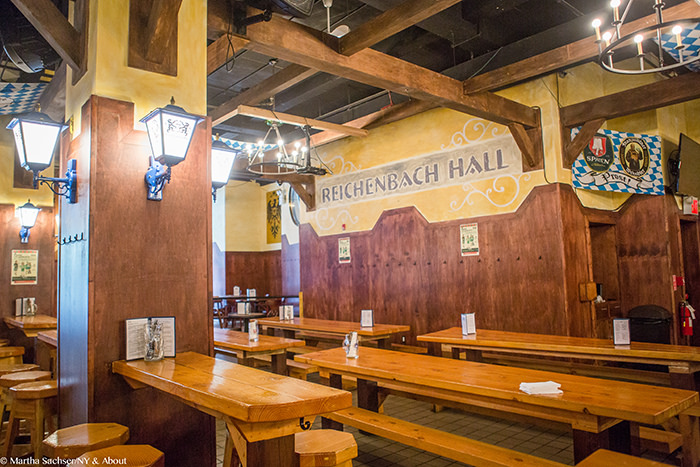 A few days ago, some friends celebrated their birthday and invited our group to celebrate in a bar. The choice was Reichenbach Hall, which is a German bar. Our experience was so cool and I really enjoyed the place, so I decided to share the tip here on the blog. After all, a break during the trip to drink a beer does not hurt anyone, right? 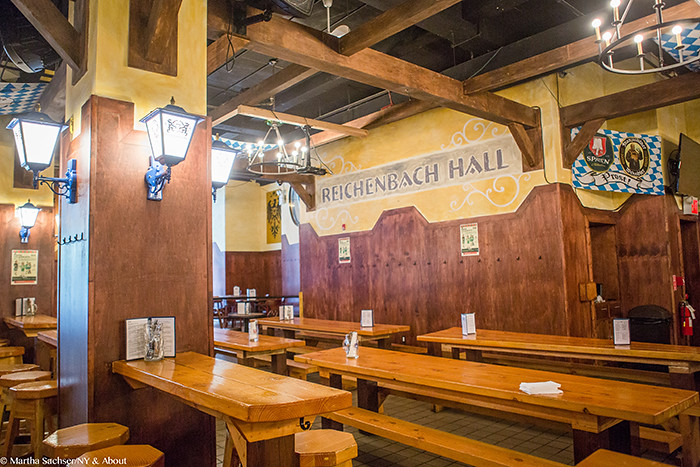 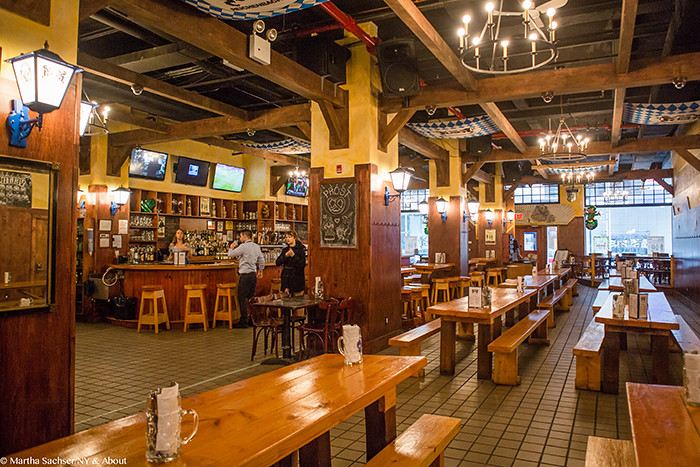 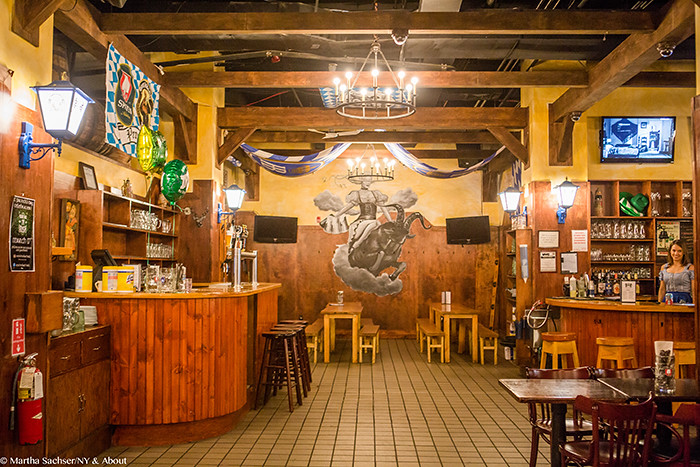 The coolest thing about Reichenbach Hall is that it is a typically German place. The founders, Keith and Willy Reichenbach are grandchildren of Germans who have immigrated to New York in the past. They grew up watching their grandmother, Gerda, preparing typical German food such as sausages and special bread. It was not long before they developed a taste for German beers. This is how they created the Reichenbach Hall, a place to eat and drink as if you were in Germany. The idea is to feel at the Oktoberfest every day. 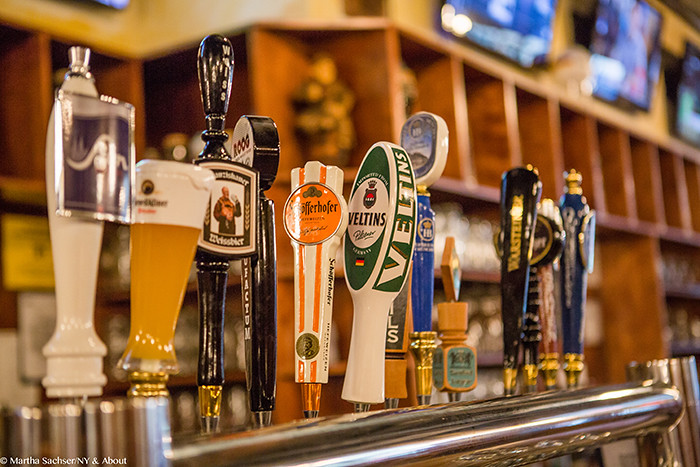 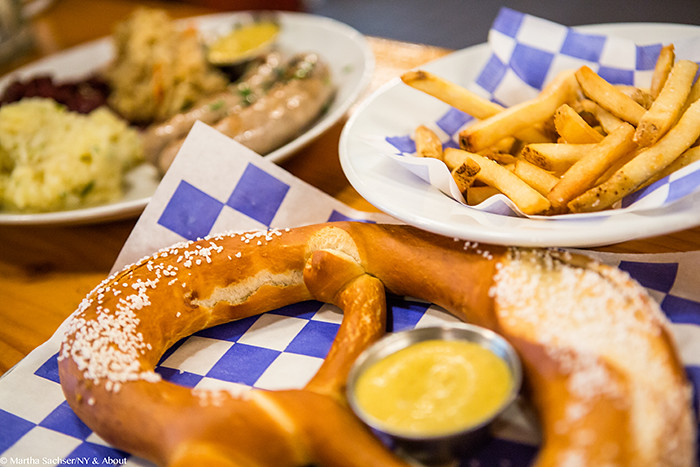 First, I need to talk about the space. The place is huge, with several collective tables – and when it comes to New York, we know that space is rare! It is possible to make a reservation and as we were a large group, we occupied one table and half of another and stayed there for a few hours. Unlike other bars, where food choices are sometimes limited, Reichenbach Hall stands out because of this menu. There are many German specialties, such as Pretzel, assorted sausages, and sandwiches. Prices start at $4 and range up to $25. I ended up opting for a Bacon Cheese Burger, served with fries, ($15). It was sensational, delicious! 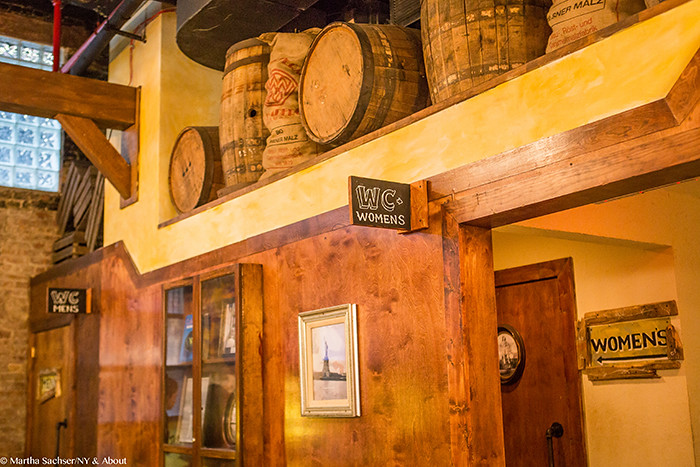 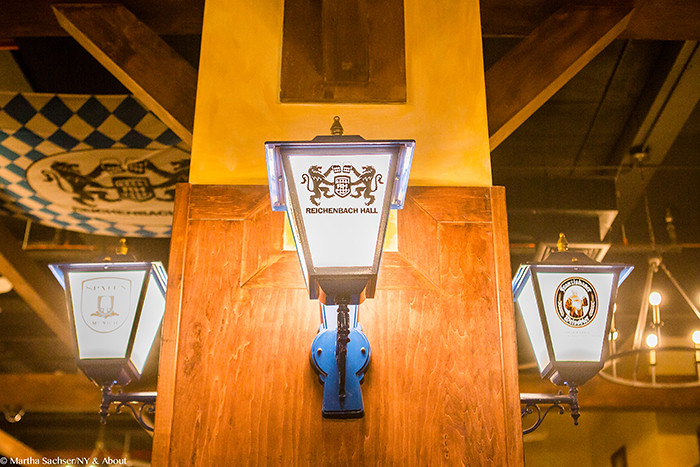 And of course, the selection of drinks is also neat. There is a drink menu and 14 options of German beers, such as Benediktiner Weissbier, Hofbrau Maibock, König Ludwig Dunkel Weiss, Hubertus Schwarzbier, Licher Oktoberfest and Reichenbach Pils. The vast majority costs from $8.

There is also a very interesting option for those who are celebrating or simply want to get into the game: a “collective” drink of whiskey. The cups are fixed on a board and the participants have to “turn” the dose together. 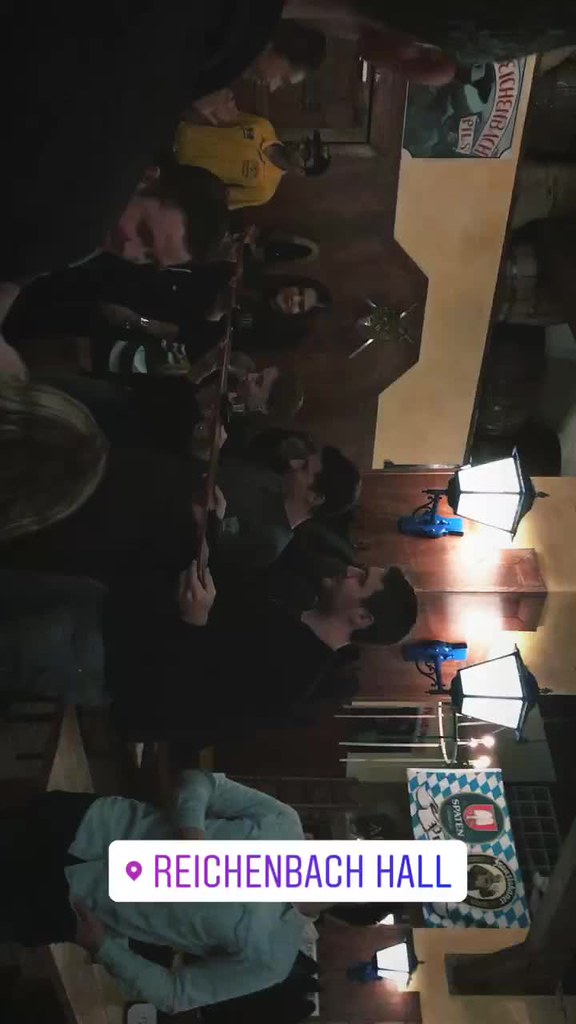 Another cool thing about Reichenbach Hall is the location, especially for those who are traveling: it is in Midtown – 5 West 37th Street – and opens every day, from 11:30 AM!

Pictures are from Martha Sachser’s blog! 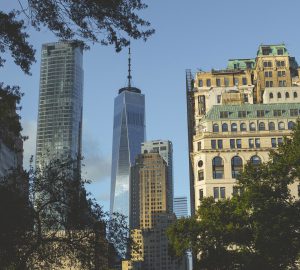 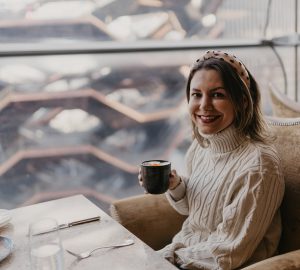