Panorama: the amazing scale model of NY at Queens Museum 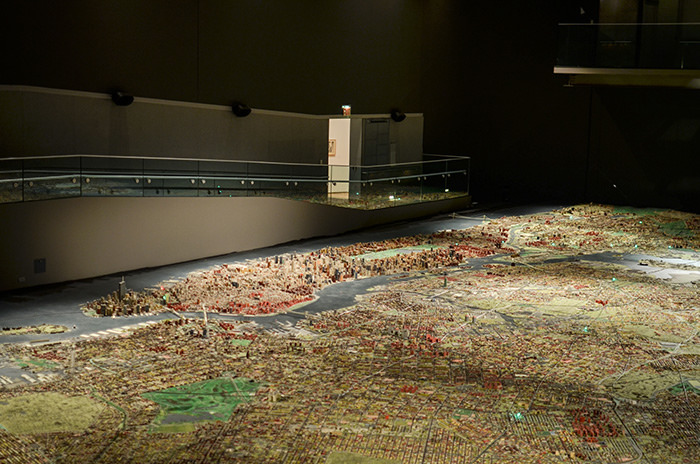 My husband, Thiago, has been talking a while about the  scale model of New York City which is in the Queens Museum. He always mentioned the project with excitement  and how he was curious to check it closely. I confess that I didn’t care. I never stopped to see photos and more details. Maybe that’s why the idea never piqued my curiosity. But last Friday, we planned to spend the day in Flushing, Queens, and he said “let’s go to the Queens Museum to see the scale model”. “All right, if we have time, we will.” The truth? Glad we had time. We got there at 4:20 pm – the museum closes at 5pm – and I thanked him a thousand times for having insisted. Without a doubt, it is one of the most amazing things I’ve seen here in New York – so, that I decided to write an exclusive post about the project. 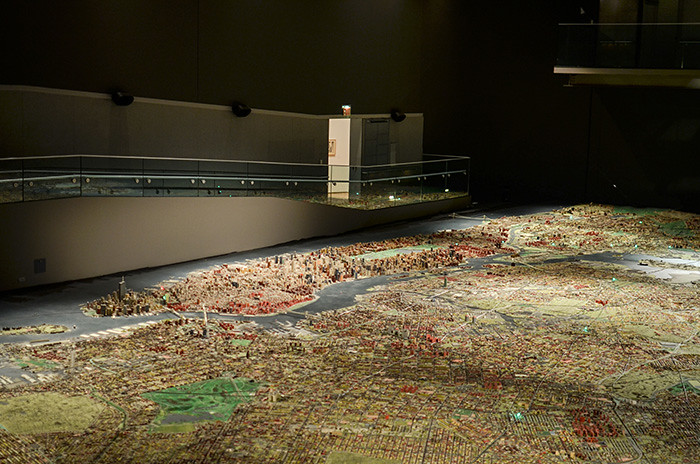 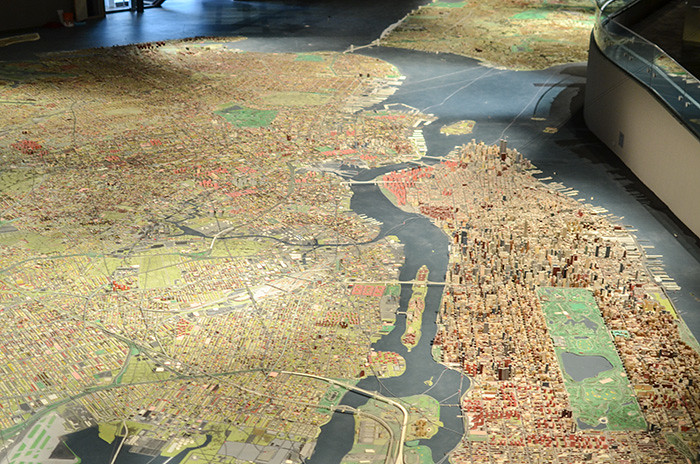 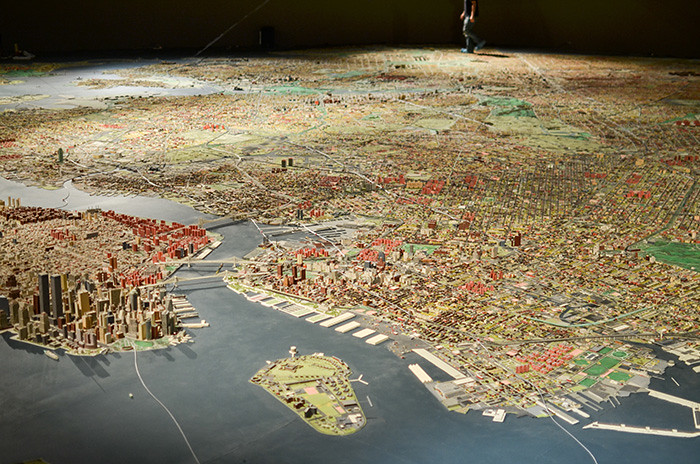 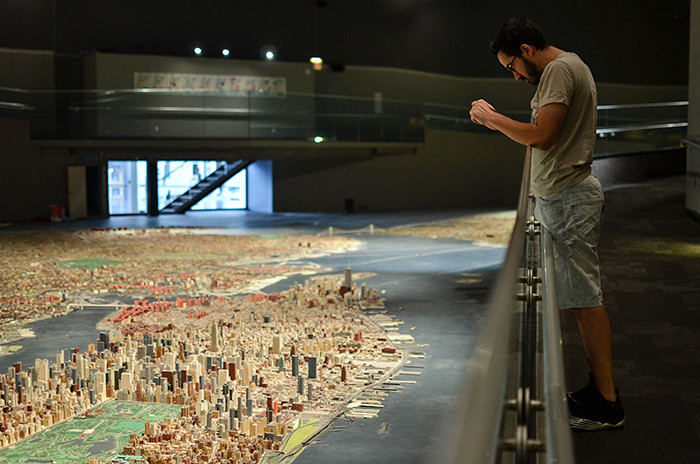 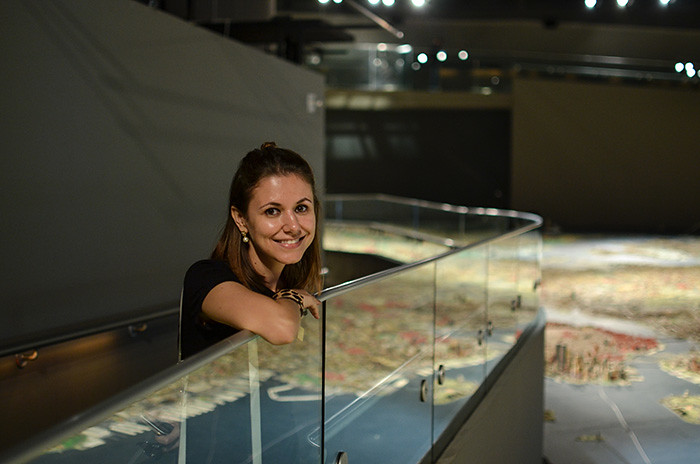 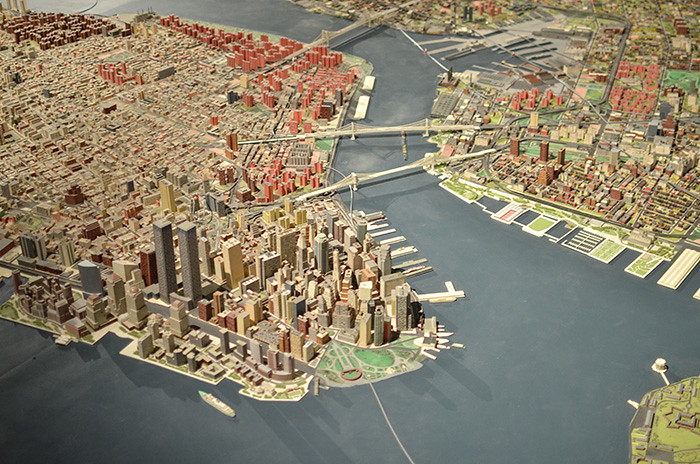 Named Panorama, is the jewel in the crown of the collection of the Queens Museum and a locus of memory for visitors from all over the globe. Conceived as a celebration of the City’s municipal infrastructure by urban mastermind and World’s Fair President Robert Moses for the 1964 Fair, the Panorama was built by a team of more than 100 people working for the great architectural model makers Raymond Lester & Associates over the course of three years. In planning the model, Lester referred to aerial photographs, Sanborn fire insurance maps, and a range of other City material as the Panorama had to be accurate, with the initial contract demanding less than one percent margin of error between reality and the “world’s largest scale model.” Comprising an area of 9,335 square feet and built to a scale of 1:1200 where one inch equals 100 feet, the Panorama is a metropolis in miniature. Each of the city’s 895,000 buildings constructed prior to 1992 and every street, park and some 100 bridges are represented and assembled onto 273 individual sections comprising the 320 square miles of New York City.

The original materials used to construct the Panorama were Formica panels and Urethane foam mounted on wood. The buildings were constructed of wood, plastic and hand painted paper, and the bridges of etched brass. The design and construction of the entire Panorama cost $672,662.69 in 1964, the equivalent of approximately $5 million today. 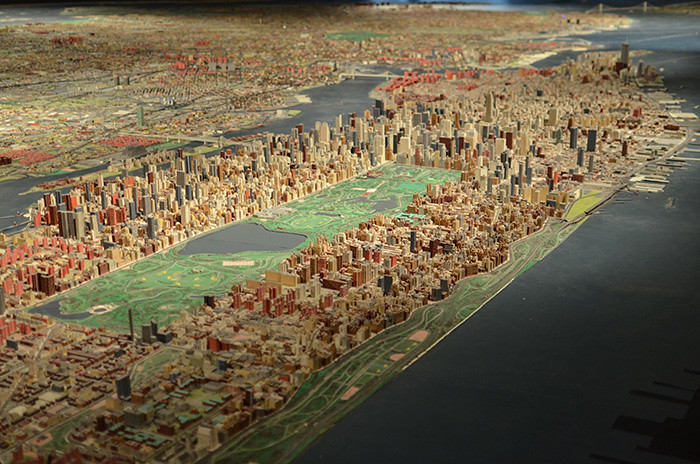 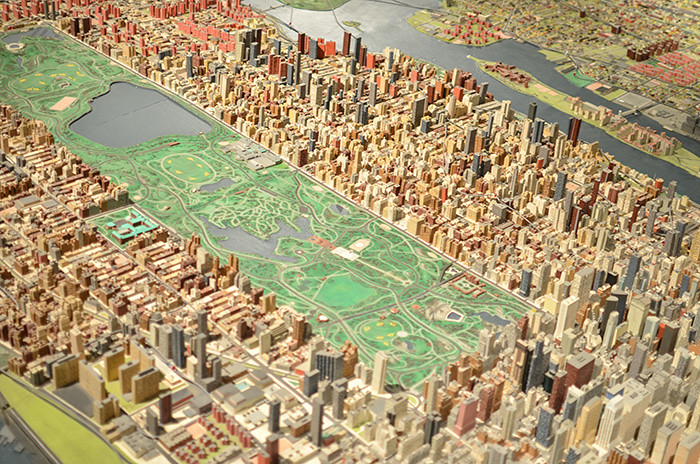 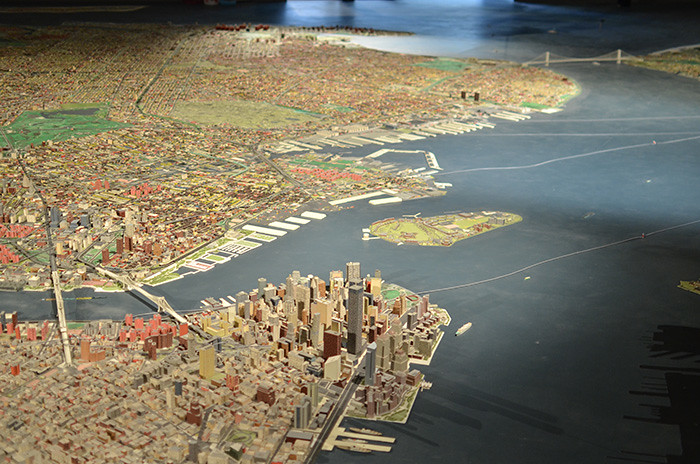 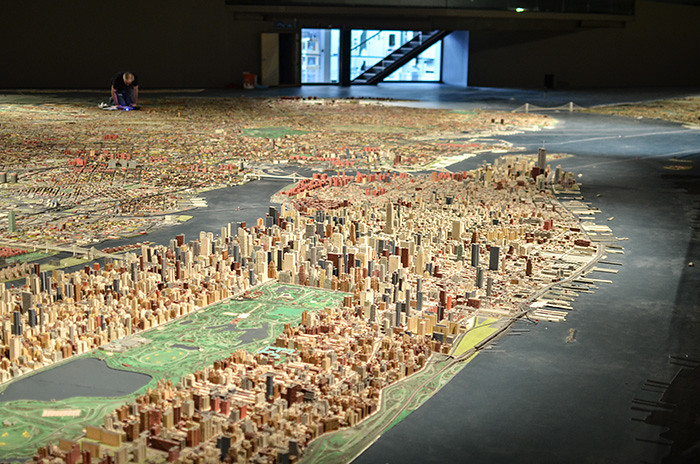 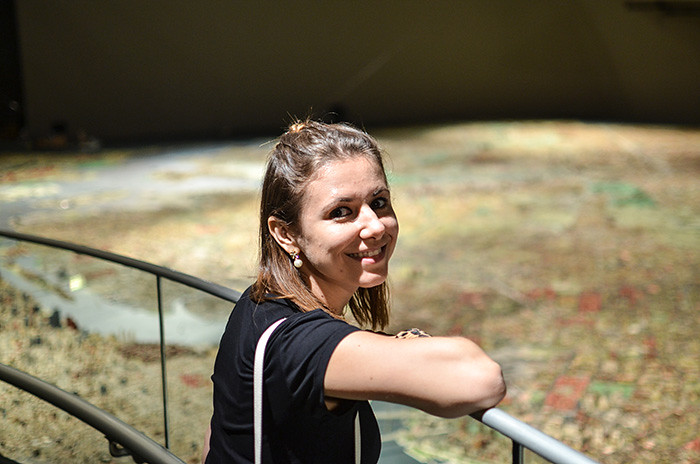 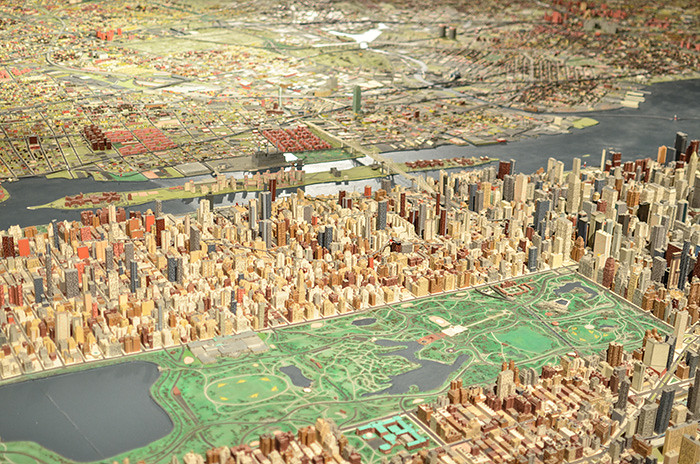 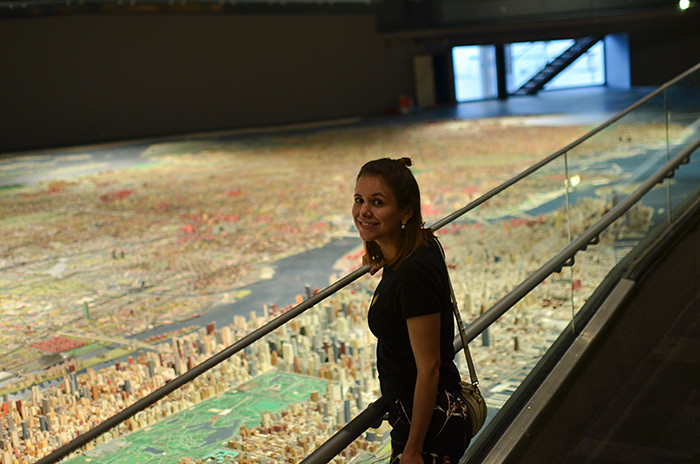 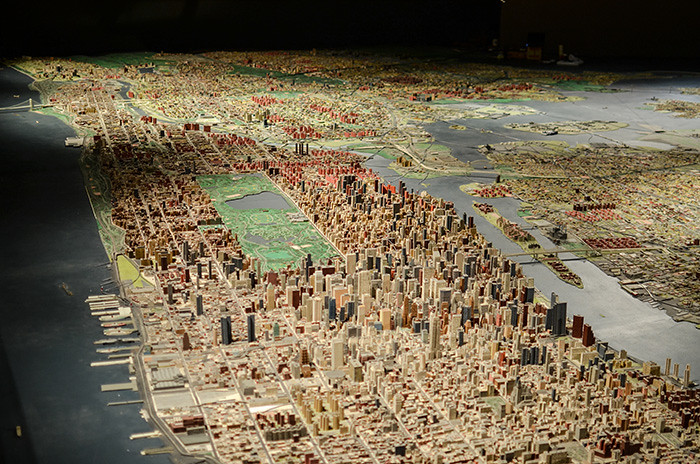 There are so many details that there is even a plane departing from LaGuardia Airport. According to a museum official, the presence of the Twin Towers in the project is purposeful – Panorama received an update, but they decided to keep the buildings destroyed in the September 11th attacks.

The experience is very complete. You view the city from a height – which varies according to the corner of the room – and you can surround it on all sides. It is amazing and we spent the whole time seeing and taking pictures during the 40 minutes we were there. It was a Friday afternoon and, to our joy, there was no one else in the room besides us, which made the experience even more amazing.

As previously mentioned, Panorama is the highlight of the museum, but there is also other exhibits, you can check here. Queens Museum opens from Wednesday to Sunday from 11am to 5pm. Suggested admission is $ 8 (but you can pay what you want).

Next week, you can check a complete post with suggestions on what to do in Flushing.