A day in Flushing, Queens 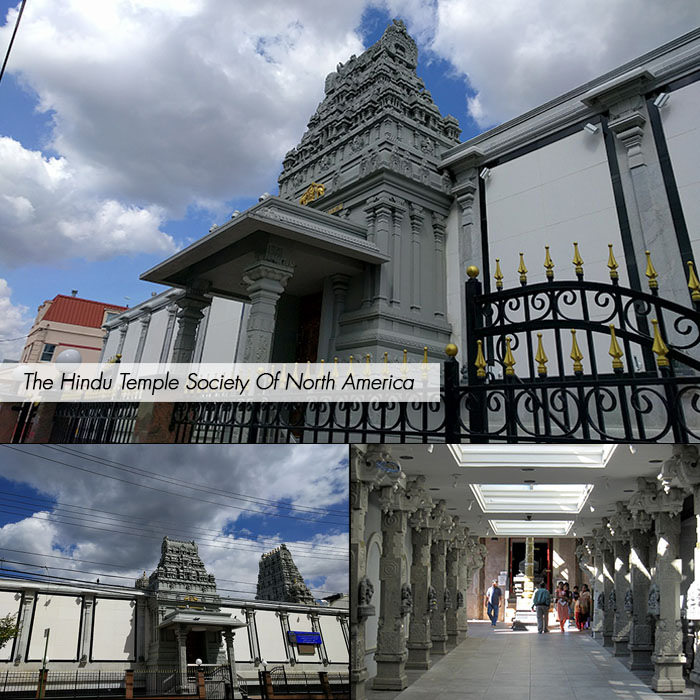 Flushing is the kind of neighborhood that I like to call “secret” of New York. It is a region of Queens which is about 30-40 minutes from Manhattan and provides an incredible cultural immersion. To give you an idea, the Chinese-immigrant population of Flushing, Queens, surpassed that of Manhattan’s Chinatown years ago. Roughly two-thirds of the residents in this bustling Queens neighborhood are foreign born—the vast majority of them coming from Asia. You will probably feel like you are not in New York. Unlike Manhattan’s Chinatown, I think Flushing is a much more cool and authentic region. And with several things to do. I’ve been there a lot of times and the last one was a few weeks ago, when I took some photos to put together this post, with a very complete script with things do in the neighborhood! 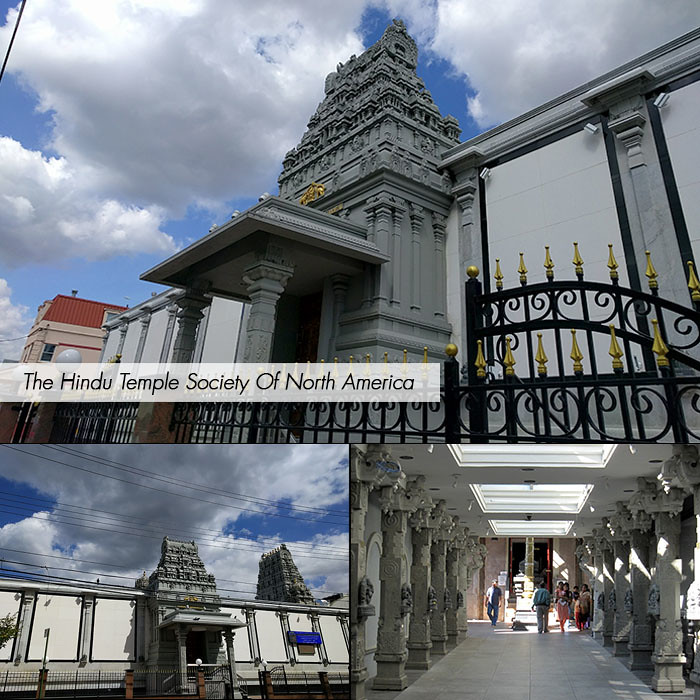 As I mentioned, I’ve been in Flushing a lot of times, but we ended up planning to do special things the last time we were there. Thiago had seen something about The Hindu Temple Society of North America, located in Flushing, and he was very curious about it. So,  we took advantage of our visit to the neighborhood to check out the place. To reach the temple, we walked about 15 minutes after leaving the subway station. I had never entered a Hindu temple and I think it’s super nice to know this kind of place. This temple has existed since 1970 and it was the first authentic Hindu Temple in North America built with traditional granite stones imported from India; and so is one of the most historically and architecturally important Temples in the West.  It is important to follow some rules before entering: it is necessary to take off your shoes and is not recommended to be wearing shorts or dresses. It is also not allowed to take pictures inside. We saw many Indians doing their prayers and is a place of tranquility. For more information, visit the website. 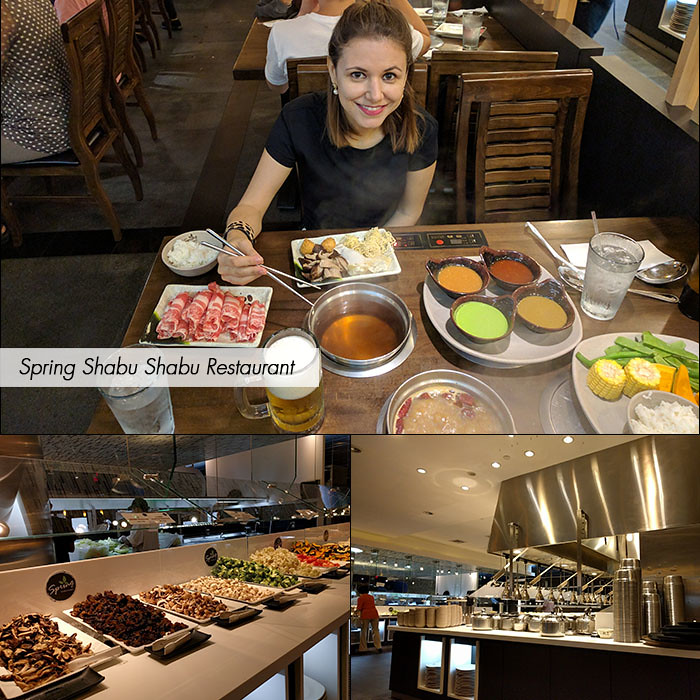 I love exploring different cuisines and I particularly love asian food. I found Spring Shabu Shabu on FourSquare and I was excited to take Thiago there, because I knew he would love. It is a Hot Pot restaurant – you cook your food. You choose the type of soup – fish, spicy or vegetables – and the tables have a structure that keeps the soup boiling – you can control the temperature. Spring Shabu Shabu has a buffet, with several choices of fresh noodles, dumplings, mushrooms, all types of vegetables and salads and you cook it all in the water. And of course, you can add some sauces, available in a huge variety at the buffet. The value of the buffet is $ 12. Meat portions – including seafood – are available and start at $ 4. Me and Thiago ask only a portion for us and it was enough, since the buffet is very well served. It is a dining experience super rich and different! And the food is delicious! 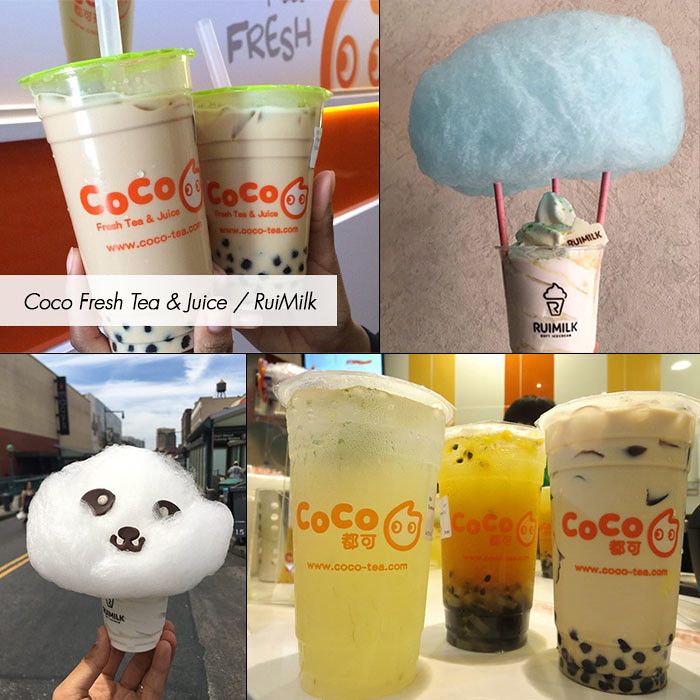 Still speaking about dining experience, have you tried Bubble Tea? It is a Taiwan drink tea base, created during the 1980s .The recipe has a tea base mixed with fruit or milk. And they come with tapioca balls. Some people do not like the balls – I particularly like. In Flushing, there are several places that sell Bubble Tea and one of them is CoCo Fresh Tea & Juice, which has well diversified flavors, priced between $ 3 and $ 4. The location at Roosevelt Ave is next to RuiMilk, which sells ice cream and frozen yogurt. The highlight is the ice cream served with cotton candy ($ 7 on average). How not to love? 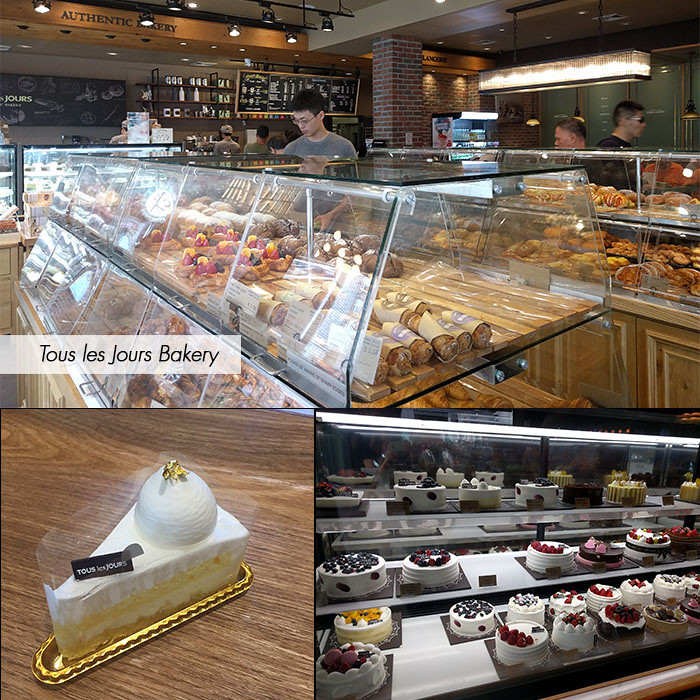 TOUS les JOURS is a French-Asian Bakery, meaning of ‘EVERYDAY’, serving a unique selection of bakery goods and beverages made with the highest quality ingredients from South Korea. In New York City, the chain has locations at the Asian neighborhoods (Koreatown and Chinatown in Manhattan and Flushing). There is a big selection of breads, cakes and desserts. The place is charming and there are tables to sit. There is nothing better than take a break for a coffee, right? I choose a slice from a cake called The Milk and I loved it! 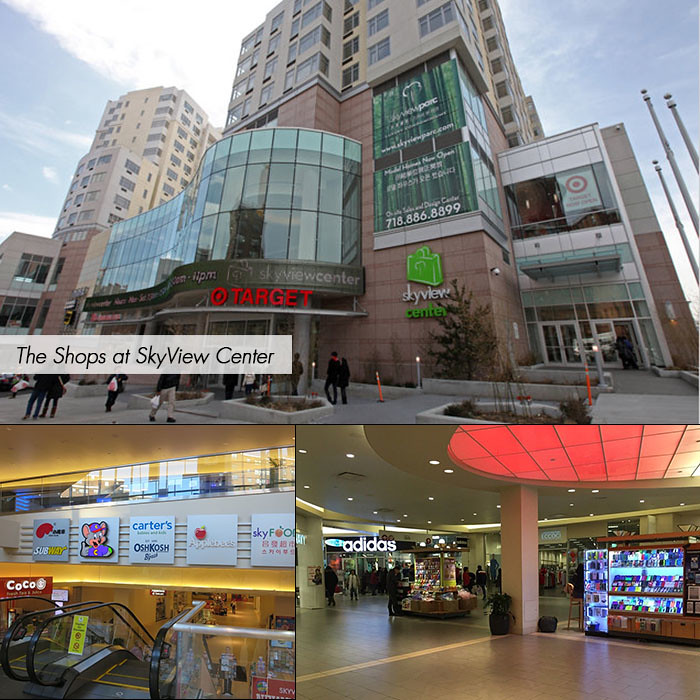 And if the idea is to enjoy the time to also shop, it is worth highlighting the The Shops at SkyView Center, a very complete mall with well-known stores. To give you an idea, the directory includes stores like Marshall’s, Nike Clearance Store, Nordstrom Rack, Old Navy, UNIQLO, Carter’s Babies and Kids, Best Buy, Bed Bath & Beyond and even a Target! 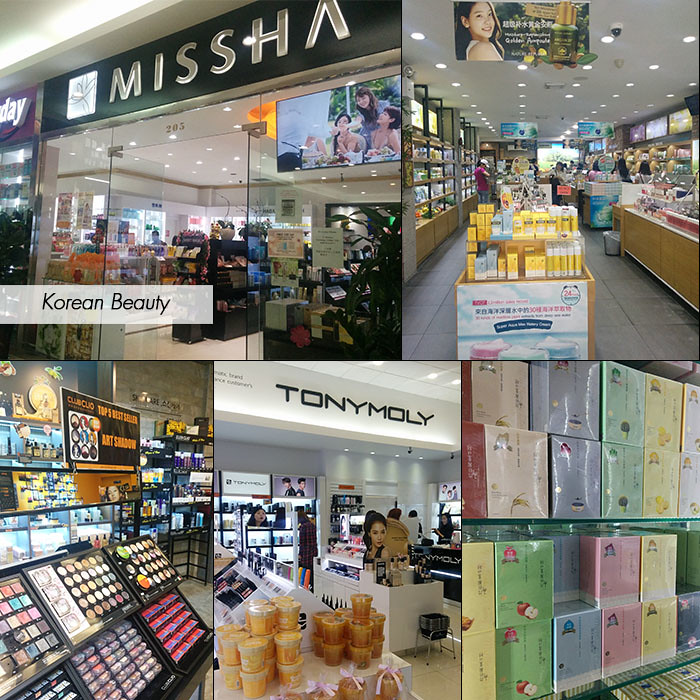 There’s no way to talk about Flushing and no to talk about Korean Beauty! The neighborhood is undoubtedly the paradise of Korean cosmetics. It is true that many brands that are there also have stores in Manhattan – but remember that not all of them are in Manhattan and, in Flushing, it is worth noting that you walk through one street and and you will find several of them, an almost side by side. Missha, Tonymoly, The Face Shop and Nature Republic are just some of them – but there are so many shops that this issue deserves an exclusive post, I promise to do it soon! 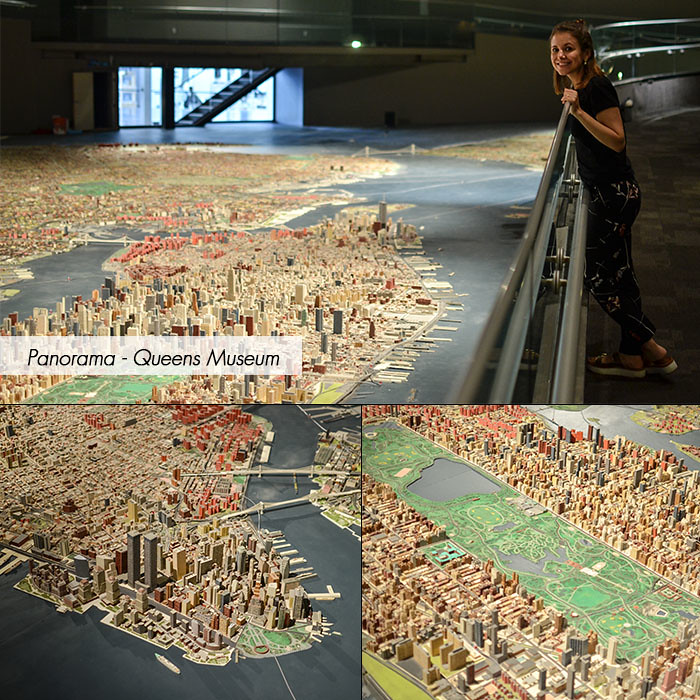 A day in Flushing also deserves a stop at Queens Museum. See, I am not a museum fan, but I recommend this visit. And this is because Panorama. It is the jewel in the crown of the collection of the Queens Museum and a locus of memory for visitors from all over the globe. Conceived as a celebration of the City’s municipal infrastructure by urban mastermind and World’s Fair President Robert Moses for the 1964 Fair, the Panorama was built by a team of more than 100 people working for the great architectural model makers Raymond Lester & Associates over the course of three years. In planning the model, Lester referred to aerial photographs, Sanborn fire insurance maps, and a range of other City material as the Panorama had to be accurate, with the initial contract demanding less than one percent margin of error between reality and the “world’s largest scale model.” Comprising an area of 9,335 square feet and built to a scale of 1:1200 where one inch equals 100 feet, the Panorama is a metropolis in miniature. Each of the city’s 895,000 buildings constructed prior to 1992 and every street, park and some 100 bridges are represented and assembled onto 273 individual sections comprising the 320 square miles of New York City. You can click here and check out a post with more info and pictures. 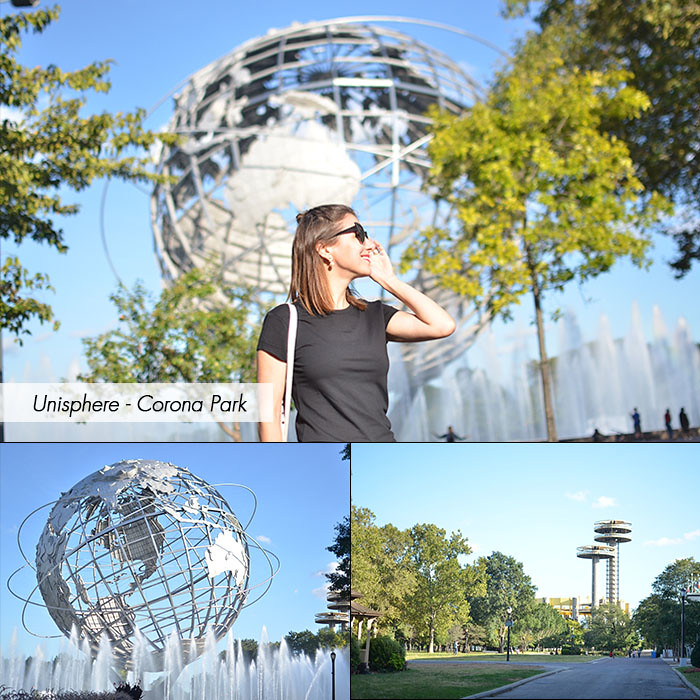 Queens Museum is located at Corona Park and behind it is the highlight of the park and one of the most beautiful places of the city, in my opinion: Unisphere. It was designed by the architect Gilmore D. Clarke for the New York World’s Fair of 1964-65, 120-foot-diameter. During the summer, the fountain is turned on and the monument even more beautiful. It is also worth remembering that Corona Park is a super large park area – there is also a zoo there – and that’s where also US Open takes place. New York Hall of Science is also located at Corona Park.

Did you like this post? To go to Flushing, you need to use the 7 subway line and get off at the last stop –  Flushing – Main St.