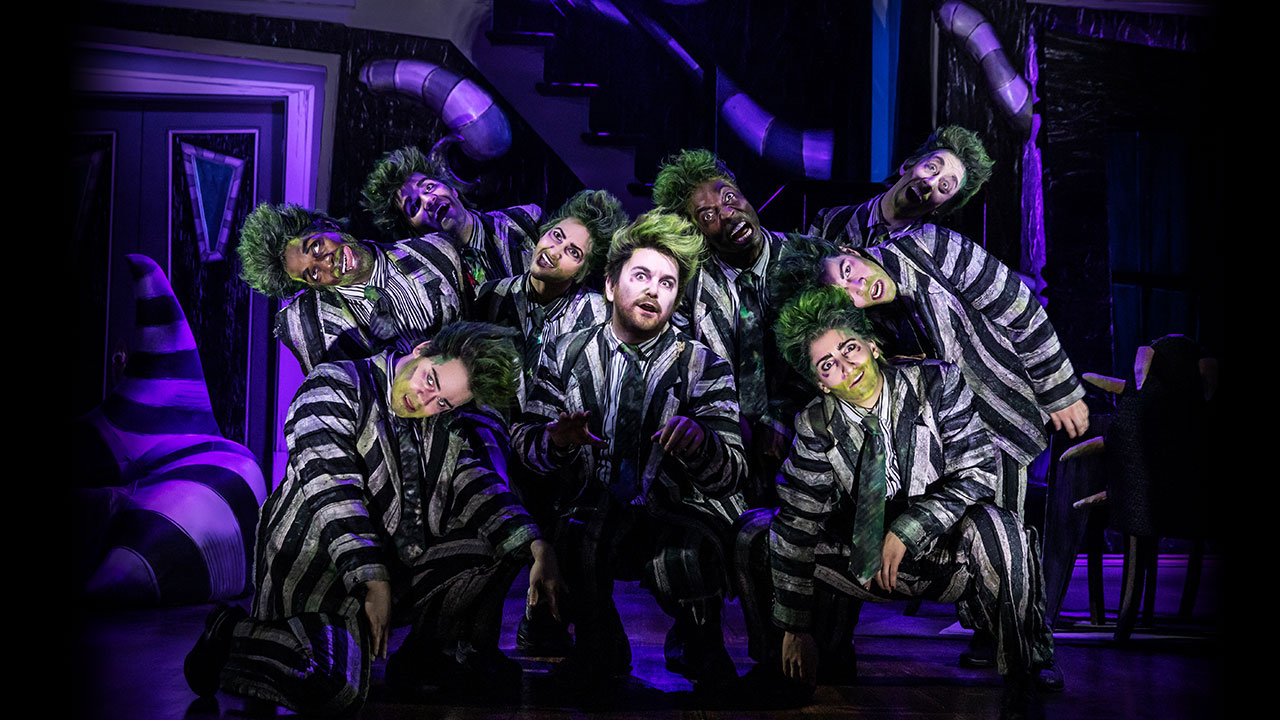 If you know a little bit about Broadway you know how many cool and interesting musicals debut in recent times. One that made me most excited was Beetlejuice, which premiered in March in New York. I have vague memories about the character in a cartoon, but I remember that I enjoyed and that simple fact was enough to make me curious. In fact, the musical is based on the eponymous movie Beetlejuice from 1988. It was this movie that helped establish Tim Burton as one of Hollywood’s most exclusive new artists. A few weeks ago my mother was visiting me and we decided to go watch. I confess: I knew almost nothing about the plot, I quickly read a summary on the flyer that is delivered when we arrived at the theater. And it was a great experience because we love the musical. As I know that newer musicals arouse curiosity, I’m here to share my impressions with you. 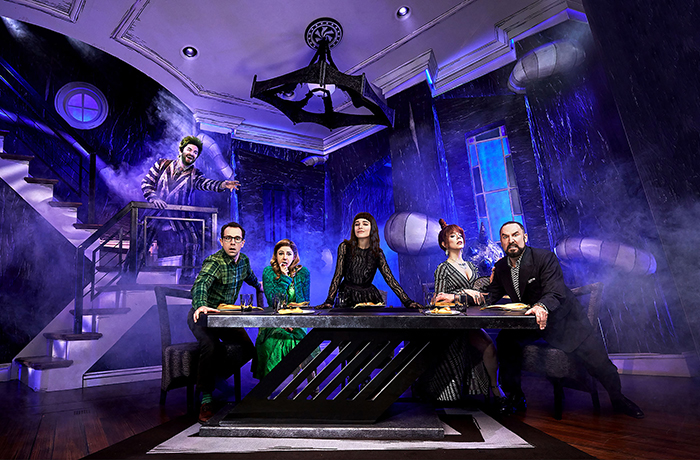 First, I find it interesting to point out that I did not watch the original movie – hence the reason I know almost nothing about the plot, which is quite interesting. I would say the story revolves around two protagonists: Lydia and Beetlejuice. Early on, we are warned by Beetlejuice himself, a charlatan ghost, that what we are going to watch is a show about death. Then we are introduced to Adam and Barbara Maitland, who live in a large house and die in an accident. After realizing they are dead, they meet Beetlejuice and learn a little more about their new reality. It doesn’t take long for the house to be sold to Charles, who moves from New York to the place with his daughter Lydia and his girlfriend Delia. Lydia is a teenage girl somewhat traumatized by her mother’s death. She doesn’t accept her loss and, at the same time, begins to take a keen interest in the subject of death. And Lydia is special, as she can see Adam, Barbara, and Beetlejuice – who are invisible to the rest of mortals. Well, here it is worth remembering that Adam and Barbara, while no longer living in the terrestrial dimension, did not like to see a new family live in their own house – the plan would be to haunt the house to scare the new tenants. This plan would have the help of Lydia, who was not happy with the new house and wanted to return to New York. In the midst of all this, we still have Beetlejuice and his plan to be human again – a plan whose success depends on a living person saying his name three times in a row. In short, that would be the plot and anything I told after that could be considered a spoiler, so to speak. 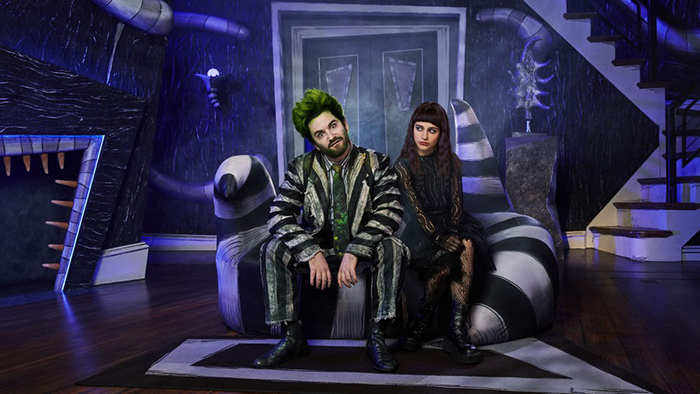 Despite many jokes, Beetlejuice is, as stressed by himself, a show about death. Obviously, all of this is told in a way, say, lighter, with a lot of humor and some scares than a story like this deserves. But, as it involves death, it involves pain. It is impossible not to sympathize with Lydia, who has not overcome her mother’s early death and suffers from her absence. The mother is something remarkable in the life of a child and losing her at such a delicate and insecure stage that adolescence adds much more weight. I was touched by some Lydia songs – they are quite painful. It is noteworthy that the story moves with many mysterious concepts, such as the very existence of ghosts and the existence of another reality. All of this is approached in a very intriguing way. Another factor worth noting is that, although the musical is inspired by the movie, the script has been adapted and has several jokes with current themes – which made the musical very interesting. Moreover, it is not a story, say, obvious. It is an unusual script. The cast, of course, also deserves honorable mention. Everyone is impeccable in their performances, especially Delia, Lydia’s “stepmother,” and the ghosts Adam and Barbara. 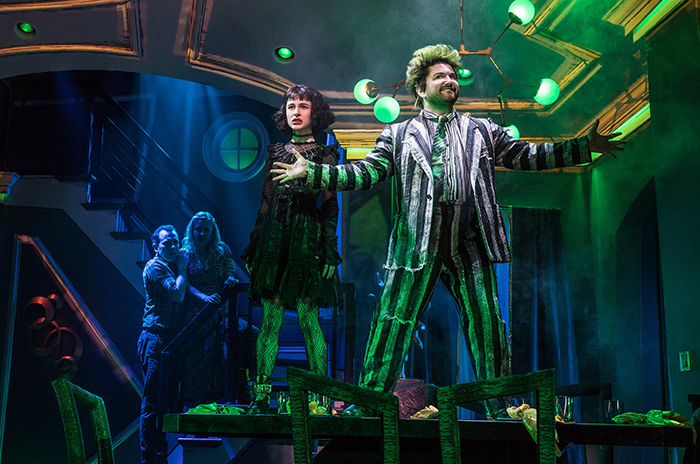 As it is a musical with a touch of “horror”, there are several effects that give small scares to the audience. The timing of the change of scenery, choreography and other effects is perfect, that thing worthy of Broadway, right? The highlight for me is the scenarios that transport us to the scene in a very faithful way.

Some facts about the musical

I went to watch the musical without any expectations and without knowing much about the story, but I was surprised by what I saw. It’s a non-obvious story, it’s not predictable and I loved the acid humor – understanding English makes it a lot easier here. For non-English speakers, I strongly recommend watching the movie first for more context. Honestly, I think Beetlejuice would yield a great play (without being musical).