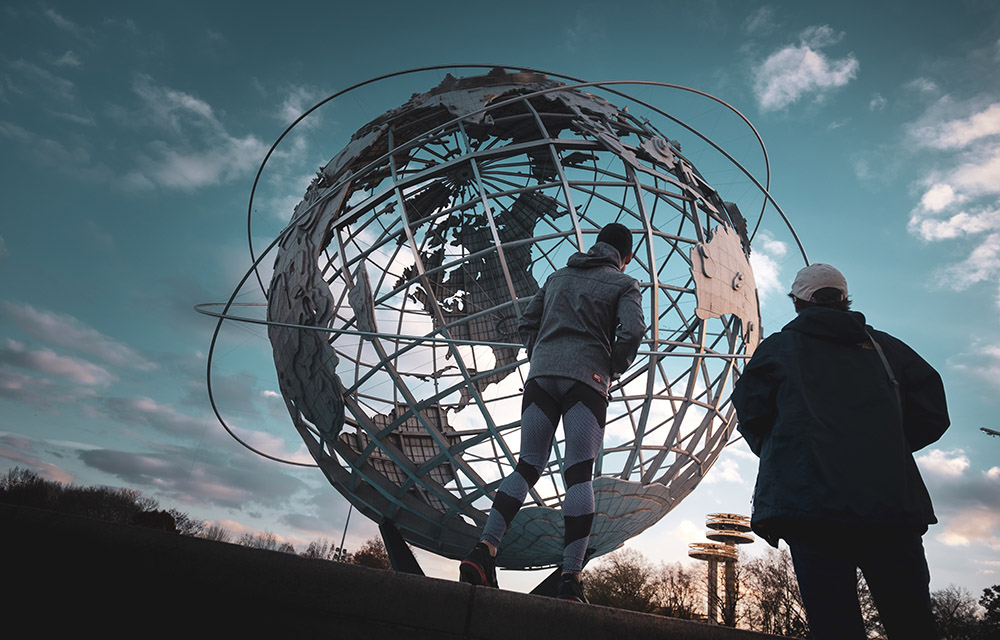 by : Laura Peruchi 14 Sep 2015
share
One thing that I always say here on the blog and also on my YouTube channel is that New York is not just about Manhattan. And crossing the Brooklyn Bridge is just one of the many programs that include a place off the island! After all, Brooklyn, Bronx, Staten Island and Queens are also part of the city. Today, I bring five really cool programs outside Manhattan – or out of the center of the island – which can be part of your script.

This tower has witnessed me figure out myself multiple times. Seems like even it needs a fix. . . . . . . . #photography #bridge #highbridge #thebronx #composition #framing #trees #clouds #manhatten #uptown #isolation

Reopened three months ago after 45 years, High Bridge connects Washington Heights (Manhattan) to Bronx. It is the oldest bridge of the city and with a renovation, his crossing promises to be another cool program to do in New York, with bonus: exploring new regions. Several special programs are also happening at the place an you can visit  nycgovparks.org to check the schedule! By October, for example, there is an exhibition of sculptures.
Address: 172nd Street and Amsterdam Avenue – use 4 or 5 trains.

Located in Queens, Corona Park welcome tennis players and audiences worldwide every year for US Open. But the park is more than tennis stadiums. There is the monument Unisphere – too beautiful and a symbol of the park. It is the fourth largest city park and has lots of green area, zoo, lake and playgrounds.
Use 7 trains to get there.

#repost from @metmuseum … Today at 2 pm at The Met Cloisters, in observance of the fire at Notre-Dame, a bell in the Museum’s tower will toll for one minute, coinciding with the ringing of bells scheduled to take place across the United Kingdom. We invite you to join us by watching and listening live on The Met’s Facebook page.

The museum and gardens The Cloisters are a branch of the Metropolitan Museum of Art devoted to the art and architecture of medieval Europe. It was assembled from architectural, national and religious elements, which largely date back to the fifteenth century. In addition to local architecture , the collection includes about two thousand pieces of art.
Adress: 99 Margaret Corbin Drive – Fort Tryon Park – use A train.

Take a walk through the #cherryblossoms with us. 🌸 . While the Garden remains closed, the pink and white flowers of these treasured trees are still putting on a show all across grounds for the essential staff caring for our collections. Clear your mind for a moment with a virtual stroll among the cherries. . #Prunus #plantlove #nybgathome #museumfromhome #culturefromhome

A lot of people hear about Brooklyn Botanical Garden – which is really beautiful. But Bronx also has a botanical garden, the New York Botanical Garden, too beautiful, that deserves to be included in your script. I’ve done post and video here on the blog about this place. With over 1000 square kilometers, the place is home to over a millionof species. Obviously it’s a nice program for the spring, but the place is also beautiful in the fall.
Address: 2900 Southern Blvd – use 4 train.

2019 Artist Fellow Paul Kopkau (@paulkopkau) is taking over the Park’s account today to share insights into his project ‘Yard Shadow: Nokia & Samsung’ for ‘The Socrates Annual’ exhibition. ———— Tony Conrad’s 1973 ‘Yellow Movies’ series was another source of inspiration for my project at Socrates. In reference to ‘Yellow Movies,’ Conrad said “The problem was that a truly very long film won’t fit on a reel. So to work at the timescale of a lifetime necessitated revisiting the whole mechanical system.” . I chose to depict the cellphone as an intentional homage and response to this line of thinking in Conrad’s ‘Yellow Movies.’ From the moment ‘Yard Shadow: Nokia’ and ‘Yard Shadow: Samsung’ were installed at the Park, they created frames within space and time. Park visitors’ often performative interactions with my cellphone sculptures mimicked a digital view of their experiences. In that way, my sculptures became like recording devices without emulsion. . Conrad’s quote was sourced from Artforum’s (@artforum) March 2007 issue’s 1000 Words: ‘Tony Conrad Talks about “Yellow Movies,” 1972-73,’ By Branden W Joseph. . Image 1: Paul Kopkau, ‘Yard Shadow: Samsung,’ 2019, Photo by Vincent Dilio (@vincentdilio) . Image 2: Tony Conrad, ‘Yellow Movie 2/28/73,’ 1973, Photo by Nathan Keay, © MCA Chicago . . #SocratesSculpturePark #SocratesAnnual19 #PaulKopkau #YardShadowSamsung #TonyConrad #yellowmovies

Located in Queens, Socrates Sculpture Park features several sculptures and was built atop an old landfill and illegal dumpsite. The place offers temporary exhibitions and annual events like bicycle parade. In the summer, people can also check live artistic performances such as theater and opera recitals pieces. Like a bonys, you have a view to Manhattan and more: admission is free.
Address: 32-01 Vernon Boulevard – Long Island City -use N train.